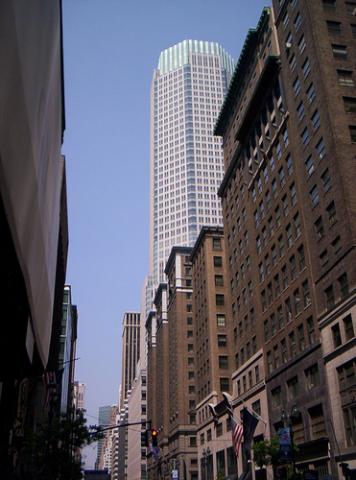 Even after all the headlines and horror stories during the past several years about CEOs and top execs getting huge bonuses, sweetheart stock deals and more goodies—while workers and real people get…well, we’ll call it shafted—new tales of greed can still tick you off.

Our friends at the Alliance for Retired Americans(ARA) point out two of the latest “here we go again” tales.

James E. Cayne, former CEO of financially battered Bear Stearns—battered by its own risky business decisions—will pocket about $13.4 million from the investment bank’s fire sale to J.P. Morgan Chase. With Bear Stearns about to go under because of its huge holdings in the collapsing subprime mortgage market, Morgan Chase agreed last weekend to buy Bear Stearns for just $2 a share, having fallen from $132 a share last year. Even just a week ago it was valued at $20 a share.

While Cayne will see millions, according to news reports, the 14,000 workers there are about to get—we’ll call it shafted—if the deal goes through. Not only will thousands likely lose their jobs, but the workers own about 30 percent of Bear Stearns. Add the fact that many workers have little retirement investment outside the now incredibly shrinking shares, and you can clearly see the different worlds CEOs and the rest of us live in.

Loyal employees who gave decades of their lives to this company are about to walk away with nothing.. Corporate executives must be held accountable and subject to the same pension deals and retirement benefits as their employees.

The next tale of corporate excess comes from the pharmaceutical industry. No shock there. We’ve all noticed, especially the seniors among us, the continuing price climb of prescription drugs, not to mention the profit climb of the drug companies. The big drug makers like Pfizer are trying to justify the price increase by claiming some sort of industrywide decline in profits. Try telling that to someone caught in the Medicare donut holes (click here for more).

There’s certainly no decline in “golden parachutes” for CEOs. The Alliance for Retired Americans points out that last year two of Pfizer’s top execs retired with a sweet $56.8 million in combined compensation.

Research Chief John LaMattina left the company with a departure package worth more than $22 million, which included $3.3 million in severance pay, $13.5 million through a Pfizer retirement plan and $5.3 million as a “pension enhancement.” Former Chief Financial Officer and Vice Chairman David Shedlarz retired with $34.2 million in compensation, largely invested in the Pfizer plan.

These golden parachutes are paid for on the backs of seniors struggling to afford their medicines. I am appalled at the unchecked power and greed of these companies.

Appalled, yes. But, sadly not surprised.