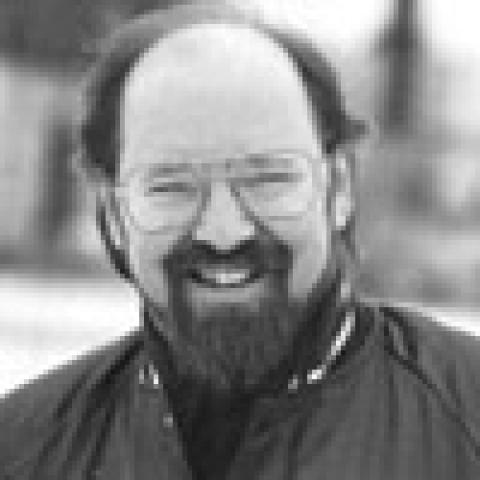 The views expressed in this article are not necessarily the endorsed by AFL-CIO or GroundReport.com

“We just lost a big chunk of our retirement,” grumbled more than one person down at the Union Hall last week, when General Electric Co. (GE) stock tumbled. “I got two houses on my street under foreclosure already,” added Pete Capano, a resident of Lynn, Mass. We are entering the fear stage of the recession, where people swap stories about the trouble we’re in.

We in the United States work the longest hours of any workers in the industrialized world.

Our productivity is up by any standard—two-thirds or more in the past 10 years.

So why were 102 houses in Lynn facing foreclosure in February, more than double the 44 houses one year ago? Why did GE workers and retirees take a beating on their 401(k)s last week, when GE stock dropped $4 a share? Why have more than one hundred people stopped by my office for help in getting jobs—jobs that I don’t have to offer? Why is nearly every city and town in Massachusetts facing layoffs?

Why is the economy falling apart?

You have to look no farther than the BS that is Bear Stearns to understand the corruption and rot that is at the core of the “neo-liberal” policies that have guided the economy since Ronald Reagan took office in 1980. The Big Lie was that if we unchained the “free market” from government control, the market would force efficiencies and everything would be fine. The program was deregulation, privatization and free trade. The fight to free the market is actually freedom itself, they told us. Just do it. Greed is good.

De-Regulating the Banks: The Free Market to the Rescue

The banks once looked through your actual earnings and made a modest profit as you paid off your mortgage. But the banks were gradually deregulated, especially after the Glass-Steagall Act was repealed in 1999. Financial services companies created an insane package of gambling tools, and the banks blended in with the financial services crew. Trillions of dollars were bundled on the financial services “market” without any oversight. “Securities” with names like “Asset Backed Commercial Paper” were packaged and bid out, including bad mortgages, car loans and who knows what else.

The securities were overvalued. The traders got a percentage of every transaction, so they had a direct interest in bloating their value. As one columnist puts it, we created “the system of conflicts that arise when sellers, salesmen and evaluators are all on the same team.” No one knew what the hell they were buying and selling, but they were getting rich—new billionaires by the handful. The just kept chanting, “supply and demand.”
The banks laid off the grunts who used to check your finances since they weren’t keeping the mortgages anymore, and they were throwing them into the financial services speculative fire. “Teaser” rates sucked in eager homeowners who would be clobbered by rising mortgage costs a few years later. Mortgage brokers received bonuses if they could sell you a mortgage at a rate above your ability to pay. The party was on, and the working stiff, trying to pay off his mortgage, had no clue what was happening. The big-shot economists must have known what they were doing, we figured, and the fortunate among us had 401(k)s that were doing all right—at least for a while. Besides, as Margaret Thatcher famously said, “There is no alternative” to the extreme free-market frenzy.

The problem with the Bear Stearns boondoggle is that like other financial BS, sooner or later the investors’ fear overcomes their greed. Someone points out that the pimps have no clothes. With mortgages going belly-up, the filthy rich started to panic that their BS billions were going up in smoke. They started to pull their money out, and the 85-year-old Wall Street firm was hanging by a thread.

It turns out there actually does have to be something of value at the bottom of the pig-pile.

Your Tax Dollars At Work

So the government guaranteed $30 billion of your tax dollars to JPMorgan’s pocket to bail out BS—something the Federal Reserve had never done in its history. They put federal dollars into a private company that has refused regulation by the federal government, which gives you an idea of how scared they are. It took 150 financial accountants descending on Bear Sterns from JPMorgan to try to figure out what value, if any, was actually behind the BS. Nobody really knew. Bear Sterns stock went from $174 a share one year ago to sinking to $2.

When the Republicans and their extremist economists are asked to bail out workers losing their homes, they call it a “moral hazard.” A buck to a worker who lost a house or job is a “handout.” You don’t want to encourage bad behavior—these people who made bad choices need to be punished by “the market.” They need to go hungry or homeless, for their own good. Bend over my knee, son, and this will hurt me more than it hurts you.

But $30 billion of your taxes to a bunch of speculating, lying millionaires? That’s sound economic judgment. I sure wish I was “too big to fail.” Do you need to know anything else about their morals and ours?

The CEO of BS made $234 million in the past 10 years and will make at least $13 million more when BS finally goes under. These bastards never pay for their sins. They are the elite, the captains of the economy.

Things could settle down, or they could get much worse. The government had good reason to fear a spread of the Bear Sterns collapse to other financial houses and economic sectors. That is exactly what’s happening. According to Monthly Review, "No one knows where the financial toxic waste was buried."

Because banks and other financial institutions don’t lend money unless they think they are going to make money, and because the firewalls between banks and investment houses have disappeared and even manufacturing companies like GE got into the investment hustle in the past few decades, other segments of the economy are freezing up. Student loans, which have already caused bankruptcies, are drying up. GE lost money in its financial service sectors and its earnings and stock dropped.

Nobody knows what’s going to happen, especially the people in charge. Can financial services be re-regulated and the horses dragged back into the barn? Is there another speculative “bubble” out there to carry the economy after the housing bubble collapse? I sure don’t know. But I do know two things:

Jeff Crosby is the president of IUE-CWA Local 201 in Lynn, Massachusetts.