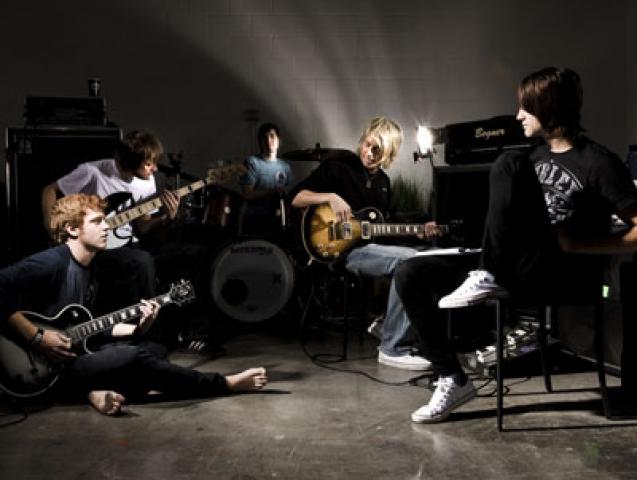 The band Blessthefall have released their first singer with Beau Bokan, the replacement to their original singer, Craig Mabbit, who quit the band in 2007.

Blessthefall’s new single, "To Hell and Back," gets the band back into their fist-pumping, hardcore rock sound. Beau Bokan describes the song as about "those times in life when your back is to the wall and all the odds are against you. It’s about not giving up, not giving in, and just pushing forward."

Blessthefall released their first album "His Last Walk" in 2007 and achieved almost instant success. The band was forced to slow down when singer and founding band member Craig Mabbit abruptly quit the band in the middle of a 2007 European tour. After months of exhaustive searching, they found Beau Bokan. "It was not an easy task finding a singer who can sing well, rock out and, most importantly, fit in with the band and click with the four of us," says drummer Matt Traynor. "Beau is the nicest dude we have tried out and sings like a beast."