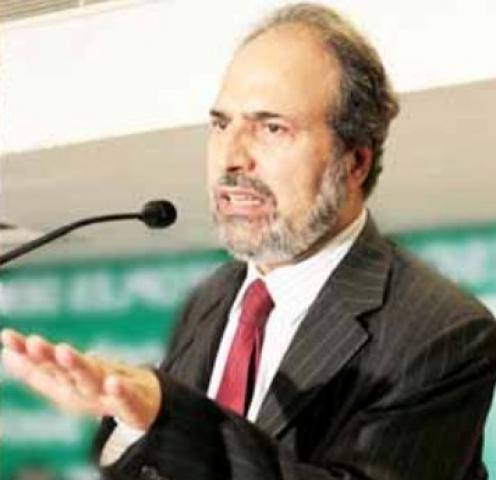 Jammu,(Scoop News) Initiating discussion on budget speech presented by the Finance Minister,  Abdul Rahim Rather in the Legislative Assembly yesterday, leader of the main opposition party PDP,  Muzaffar Husain Beig appreciated the Government for providing incentives and tax concession for the promotion of agriculture, industries and tourism sectors in the state. Hailing the initiative on imposing taxes on tobacco and liquor, he stressed the need for imposing strict restrictions on its import. He also suggested for re-visiting allocation of funds in some vital sectors.

Baig while referring to the part-B of the Budget speech of the Finance Minister said “it is a good step to provide relief to the masses adding that the budget proposals are encouraging for the developmental process”.

Referring to Power sector,  Beig said that the department requires improvement in power generation, distribution and transmission, energy management and efficacy in recovery process. He pleaded for allocation of funds for Panchayat institutions and early completion of ongoing construction work on major hospital buildings in the state. He called for rational representation to erstwhile Doda, Rajouri and Poonch districts in the Cabinet.

Taking part in discussion on budget,  Mubarak Gul described the budget a vision document, taking care of all the development needs of the state.  He said the state has vast resources which needed to explored constructively.  He said that the state government should approach the Union Government   for waving off the debt to come out from fiscal deficits.

Gul said besides keeping special package for facilitating the farming community, provision for certain programmes like UDAAN and SKEWPY have been kept in the budget to tackle un-employment problem.  He welcomed the step of the government for extending one year tax exemption for the development and promotion of industry in the state. He hailed the step of tourism package and said that it would help in promotion  of tourism sector. He also sought action against some Private Finance Companies, alleging that these companies are looting the people.

Ashok Kumar appreciated  the government for enhancing the honorarium of Numberdars and Chowkidars, raising of allocation in Beti-Anmol and   exemption of VAT for pesticides. He stressed the need for opening of and up gradation of schools under SSA and RMSA and setting up of Polytechnic and ITI colleges in remote and far-off areas to benefit the people of these areas. He demanded opening of Bal-Ashram and model colleges in Batote, Kashtigarh and Assar areas of Ramban district.

Appreciating the granting incentives for the promotion of tourism sector, he pleaded for bringing   some areas of his constituency under the ambit of this scheme. He called for up gradation of infrastructure, adequate staff and provision of critical care ambulance in trauma hospitals,  engagement of local trained youth in local developmental projects and enhancement of honorarium of SPOs and PA to MLAs.