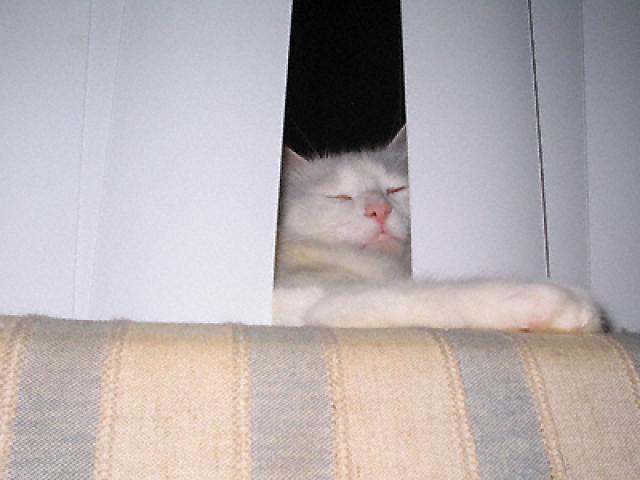 Owning a pet is a responsibility that shouldn’t be taken lightly. It takes love, caring, time, and devotion to an animal; throughout its entire life. The large amount of unwanted pets housed in humane societies around the world is partly due to people buying animals then giving them up at the first sign of trouble. It takes an element of understanding to own a dog or cat, and train them to be well behaved. If the owner doesn’t communicate effectively with the animal, he won’t understand what is expected of him and will make mistakes.

Animals want to please, and need guidance in order to learn better habits. They operate on their own time, not on ours, and may take longer to “get it” than we’d like. If they do things that are upsetting, don’t be harsh or punish, but quickly show them what you expect them to do to correct the mistake. For example, a cat soils the carpet or goes in the laundry basket instead of the litter box. There are a variety of reasons why cats may do this. The litterbox may be dirty and he doesn’t like it, or he may be sick. The best thing to do is to catch him in the act, and at that exact moment, take him to the litter box, not in anger but with a gentle guidance. Cats have short memories about these things, so if you do it after he’s soiled the area and walked away, he may not make the correlation between what he should and shouldn’t do. So, it is important to correct him when he’s doing it. Hitting the animal only teaches it to be afraid, so be kind but persistent. If kitty still does it after being shown the box, try putting it in another location. If all else fails, call your vet and see what he suggests. Sometimes, cats with urinary problems will avoid the box, because they associate pain with using it. If this is the case, the vet will give you medicine to treat the problem and the problem behavior may subside.

Another part of pet ownership is to be mindful to your pet’s needs. Using common sense, you are looking out for the best interest of the animal. For example, when living in Ohio, in the middle of a brutal winter, neighbors of mine left their cat outside in blizzards every day when they went to work. He came to my place, paws bleeding. I brought him inside, to keep him from getting frostbite. He was in distress and hurting. I ended up keeping the cat, as they attempted to do this to the poor animal on a daily basis. Another neighbor kept their dog chained to his doghouse all the time. The dog was hyper and troubled, but who wouldn’t be, stuck outside with no companionship except an occasional pat on the head when food was brought to him. The authorities couldn’t do anything about it, so the dog was left to live his life out in the cold of winter and the heat of summer. This is just too cruel for words. The owners weren’t mindful of the dog’s needs of love, companionship and human interaction. It made him mental and vicious.

Like humans, pets require compassion, consistency and caring. If a pet is ill, the owner takes him to the vet to see what’s wrong. If money is an issue and they aren’t able to afford a vet, they look for alternate help, like researching its symptoms on the internet, contacting helpful pet organizations such as the ASPCA, for advice. Being tenacious and handling each problem as it crops up, the conscientious owner never gives up on his dog or cat. There are too many tragic stories from vets of perfectly good pets being euthanized because their owner didn’t want them anymore. This is not responsible pet ownership and not for the best of the animal.

By being sensitive to your pet’s needs and wants, you keep him happy and healthy. Treat the animal how you would want to be treated yourself. As a pet ages, let it grow older, and don’t put it down if it’s not as active as it once was. Like people, animals can have health issues when they are older. Address each issue as it comes. Unless your beloved pet is in serious pain that cannot be cured, work on preserving his life. In our old age, we would fight to keep ourselves healthy, so let’s do the same for our dogs and cats. It’s the loving thing to do. It’s your reward to your faithful companion for being there for you all those wonderful years.

Filed under: Lifestyle, US
Share Tweet Pin G Plus Email
previous article: $1 million in unpaid wages recovered
next article: Tackling Depression and Stress During the Holidays