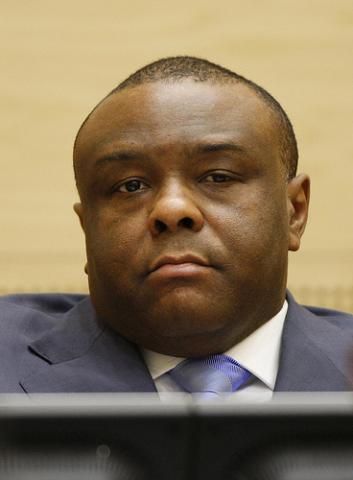 As the war crimes trial of leading Congolese politician Jean-Pierre Bemba Gombo resumed last week, a member of his organisation told judges at the International Criminal Court, ICC, that the defendant alone issued orders to troops that were sent into the Central African Republic to support that country’s president.

The prosecution witness, identified only by the number 45, was part of Bemba’s Movement for the Liberation of Congo, MLC, and gave testimony about its hierarchical structure and decision-making process.

Bemba is standing trial at the ICC for crimes committed by his troops – including murder, rape and pillage – which he is accused of failing to prevent or punish.

MLC combatants were deployed in the Central African Republic, CAR, between October 2002 and March 2003 at the invitation of the country’s president, Ange-Félix Patassé, who had requested help in defeating a coup attempt by François Bozizé.

Witness 45 told the court that Bemba was in daily contact with the commanders of the troops in CAR.

“The only person who was entitled to take decisions was the commander-in-chief, Jean-Pierre Bemba. He was in permanent contact with his second-in-command through satellite phone and radio,” the witness told prosecuting counsel Horejah Bala-Gaye. “It was unimaginable that a decision would be taken without [Bemba’s] consent.”

Under cross-examination, the witness reiterated that Bemba was in contact with the MLC officers, who he said had the means to communicate with their supreme commanders wherever they went.

Witness 45 also described the recruitment of soldiers into the MLC force. Most came from the Équateur province of northern DRC, and were given a basic induction course delivered by Ugandan trainers.

“This training included training for parades, weapons handling and also what behaviour to adopt on a battlefield,” the witness said.

Asked by the prosecutor whether there was a code of conduct that MLC troops were required to observe, the witness said such a code did exist.

“The code of conduct included sanctions for offenses such as murder, robbery, desertion, dissipation of ammunitions, [and] pillage,” he said, adding that this was not always observed on the ground. Because the MLC soldiers did not receive regular supplies while in CAR, they used pillage as a means of survival.

“The MLC had a code of conduct written in French, but it was difficult for the troops to respect this code given the harsh conditions they were living under,” he said.

Witness 45 said the MLC’s own military court prosecuted up to ten soldiers on charges of pillage, but handed down light punishments ranging from three to six months’ detention. According to the witness, the cases were intended to demonstrate that indiscipline within the MLC was being dealt with.

“The trials aimed at proving to the international community that the MLC was not responsible for the crimes committed in CAR,” the witness said.

Asked about the defendant’s personality, Witness 45, who had served under him since 1998, said, “Mr Bemba did not lack courage, but he was prone to authoritarianism and tyranny. Those were his character traits, and also [he had] a certain indifference towards human suffering.”

Bemba denies the charges against him, arguing that once MLC fighters crossed from the DRC into CAR, they fell under Patassé’s command. His defence argues that the former CAR head of state was therefore answerable for the conduct of the MLC troops.

Asked to give the dates of courts martial of MLC soldiers, the witness was unable to give a precise answer, saying these events took place a long time ago.

The witness also said that aside from the MLC, there were Libyan troops in the CAR during the same period, providing Patassé’s personal security.

The trial continues this week.

Rehema Kabuo and Lucie Bindu are IWPR interns in The Hague.