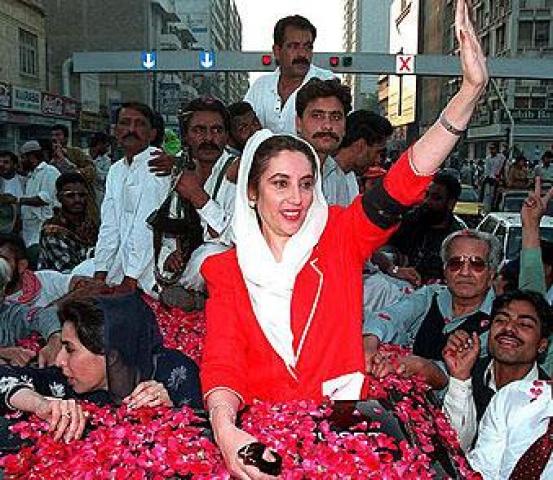 Benazir Butto who was on a election campaign in Rawalpindi, was shot dead today. She was seriously injured in the gun shots that was followed by a bomb attack that killed 20 others and she succumbed to injuries later in the Rawalpindi General Hospital. Reports say that she was shot five times and one bullet was recovered in her neck and another in the head. She died at 6:16pm local time. She was 54 years old.

Taliban was suspected to be behind the attack. Baitullah Masood was the prime suspect behind the assassination. The attacker was a motor cyclist and blew himself following the gun shot.

Nawas Sherif  was also campaigining in another part of Rawalpindi. He has blamed Mushraaf for the incidence.