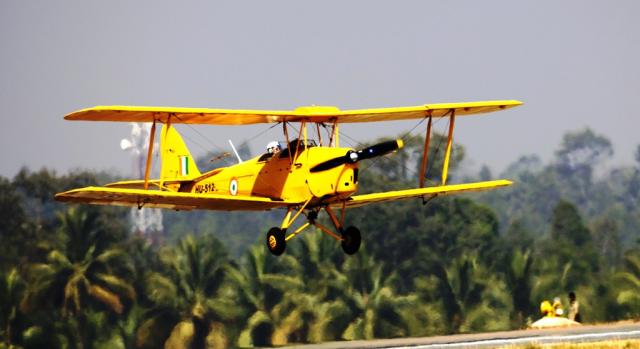 Jammu, February 4 (Scoop News) – Aero India, the largest Air Show in Asia and one of the world’s most important military aviation exhibitions, is all set to kick start at Air Force Station Yelahanka, Bengaluru from the 06th February to 10th February 2013. This biennial air show  and aviation exhibition  which is organized by the Defence Ministry of India along with the Indian Air Force, Defence Research and Development Organisation, Department of Space and the Union Civil Aviation Ministry aims at showcasing the range of products and services offered by the Indian Defence Industry in the international market. It also provides an exposure to Indian Armed Forces, R & D personnel and young engineers, to the latest technologies and advancements in the Aviation and Aerospace Industries, officials said .

According to officials the Ninth edition of Aero India 2013 would be inaugurated by the Defence Minister Shri AK Antony on the 06 February 2013. The participation in Aero India has grown exponentially by both, Indian and international industry since the  first edition, in December 1996. This growth has immensely contributed towards modernization of the aviation and aerospace sector of the three wings of the Armed Forces of India.

With an aim to reach out to the youth of the country a Youth Pavilion dedicated to encouraging participation from undergraduate students from prominent engineering colleges of India has been initiated this year. This novel initiative intends targeting young Indian minds and stimulating them  to focus towards development in the field of Aviation and Technology in general and military aviation in particular,officals said.

According to officials the leader of the Indian representation (DRDO – ADA) with the largest indoor & outdoor area of approx. 2561 sq m, is closely followed by HAL, BEL and TATA. This edition has seen a large increase in participation by medium and small Indian and Foreign industries.

The largest international participation indoor (area-wise) is by the USA and  outdoor by EADS.  USA is followed by Israel and Russia in this category. Maximum participants from any single country is from USA , followed by France , UK , Russia , Germany , Israel  and Belgium .

The Aero India show has elicited the interest of media from across the globe and  an unprecedented number of journalists have registered themselves for the event. A Sate of the art Media Centre with all modern facilities and workspace is provided to the media personnel at the venue. A large number of Press Conferences are scheduled to be held at the two media halls where the participating companies would meaningfully engage with the media and various other stake holders.