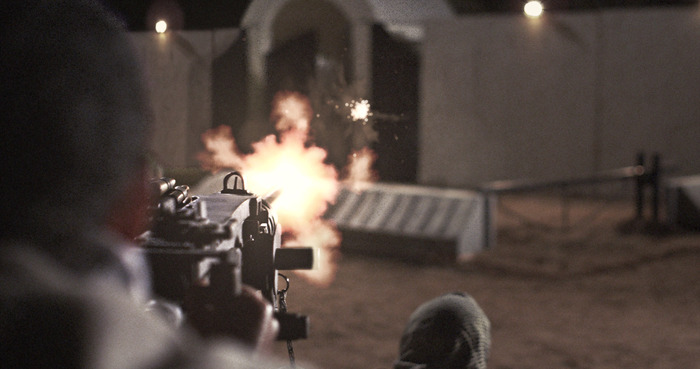 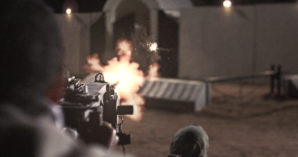 According to Fred Burton and Samuel M. Katz, authors of the book “Under Fire – The untold story of the attack in Benghazi”, the attack against the Annex compound was well planned and coordinated assault executed with military precision.

“Sean Smith reportedly noticed someone in a police officers uniform photographing the special mission compound from an observation perch in the building across the street. The security staff was concerned that the compound was being observed as part of a pre-operational surveillance sortie. This sort of surveillance, classic terrorist tradecraft was usually conducted before the launch of an attack” pg87.

“Those militants assaulting the compound were not members of a ragtag force. It was observed that the attackers were split into small groups, advancing throughout the compound methodically and employed military style silent hand signals to direct their progression toward their objectives” pg 122.

“It was clear that whoever was assaulting the compound were, they had been given precise orders and impeccable intelligence. They knew when, where and how to get from the access points toward the Ambassador’s residence and how to cut off the DS (Diplomatic Security) agents, as well the local guard force and the February 17 Brigade militiamen on duty that night” pg 123.

Contrast this information with the entertainment based ABC news report saying there was “no pre-planning involved in attack”? (source: Intelligence shows no planning fro Benghazi Consulate attack http://abcnews.go.com/blogs/politics/2012/10/intelligence-shows-no-planning-for-benghazi-consulate-attack/

Filed under: Military, News
Share Tweet Pin G Plus Email
previous article: Will High-Doses Of Vitamin E Be Found To Delay Alzheimer’s?
next article: Heartbreaking: Doctors struggle to save the life of a 3 month old baby injured during Volgograd suicide bombing attack in Russia