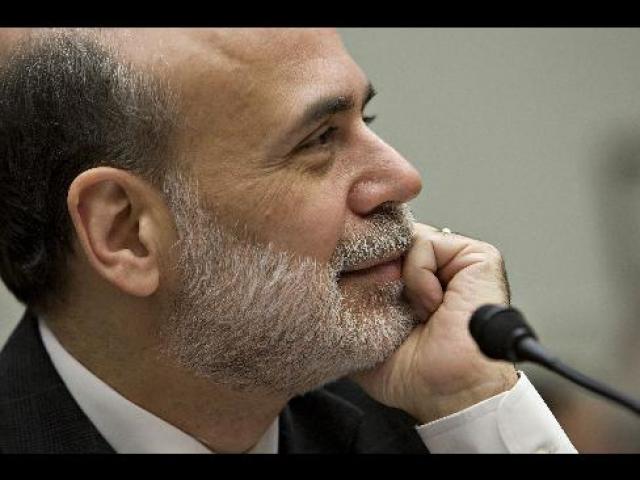 Bernanke’s March 15 appearance on CBS Corp.’s “60 Minutes” — the first televised interview by a Fed chief since 1987 — gained praise from experts who drew a contrast between his defense of government efforts to fix the financial system and the sometimes-floundering efforts of Obama’s top economic aides to explain to the public what they were doing, and why.

“I have been waiting for months for someone in authority to give a straight-talk speech to the American people about how we got into this mess and how we’re going to get out of it,” said Alan Blinder, a former Fed vice chairman who is now a professor at Princeton University in New Jersey.

“Maybe the Fed chairman is not the most natural choice, but someone had to do it,” he said.

Yesterday, Obama, 47, was forced to revisit the issue, pledging to pursue every legal avenue to get AIG to roll back the $165 million in bonuses.

For the administration and the economy, more is at stake than message management. Blinder and other economists said a lot more taxpayer money would be needed to rescue the battered banking system. Yet with public opposition to bailouts high and mounting, winning congressional support for such a step won’t be easy.

The administration’s response to the AIG bonuses was the latest misstep for the Obama White House, which has struggled to develop a consistent message on the economy.

On Feb. 10, a speech by Treasury Secretary Timothy Geithner on a plan to repair the banking system disappointed investors, sending the Dow Jones Industrial Average down almost 400 points.

After warning for weeks that the economy was headed for further trouble, the administration recently shifted course as the stock market nosedived, first emphasizing the steps it would take to tackle long-term problems such as health care, then touting the near-term benefits of the economic recovery package.

To spread their message, the president and his top advisers took to the airwaves last week with speeches, forums and interviews, only to end up playing defense this week on AIG.

Obama senior adviser David Axelrod said the administration has two tasks when it comes to tackling the banking problems.

The first, he said, “is to talk honestly with the American people about why it is important to have a stable credit sector.” The second “is to send a very strong message to the financial sector that the days of Gordon Gekko are over,” Axelrod said, referring to the financier in the 1987 film “Wall Street.”

The range and variety of messages in recent weeks demonstrates the challenges facing the White House, said Stuart Rothenberg, editor of the nonpartisan Rothenberg Political Report in Washington. The administration lacks a main messenger on the economy; it is speaking to competing constituencies: Main Street and Wall Street; and it is caught between trying to put a positive spin on the economy while hinting things may get worse, he said.

Obama has “a whole barrelful of problems both in terms of message and messengers and competing constituencies,” Rothenberg said.

In the interview, Bernanke warned the U.S. would need to take politically difficult steps to fix the financial system. “The biggest risk is that we don’t have the political will,” he said.

Congress approved a $700 billion bank bailout package in October after the House of Representatives rejected a first proposal. The Obama administration has suggested it may need an additional $750 billion.

That will be a hard sell. Only 48 percent of Americans support the initial package, according to a Pew Research Center poll conducted March 9-12. Pew associate director Carroll Doherty said support may erode further following the news about AIG.

Unlike Summers and Romer, Bernanke wasn’t asked about AIG’s decision to hand out bonuses to its employees, which wasn’t reported until after the segment was taped.

Still, Bernanke, 55, said the AIG bailout was the event that made him the angriest since the crisis began in August 2007. “I slammed the phone more than a few times on discussing AIG,” he said.

The Fed chairman said he made the decision to appear on television because of the severity of the economic crisis. “It’s an extraordinary time,” he said. “This is a chance for me, I think, to talk to America directly.”

The approach was successful, said Anita Dunn, a Democratic political consultant and former Obama campaign adviser. Bernanke “articulated the challenge as well as anyone in the administration short of the president has done,” she said.

The last time a sitting Fed chairman appeared on television was in October 1987, when Bernanke’s predecessor, Alan Greenspan, was interviewed on ABC’s “This Week with David Brinkley.” Greenspan later said he regretted the interview because he “made some inadvertent news.” Stocks slipped after Greenspan suggested on the program that inflation could become a problem. Two weeks later, on Oct. 19, the index recorded a 22 percent collapse.