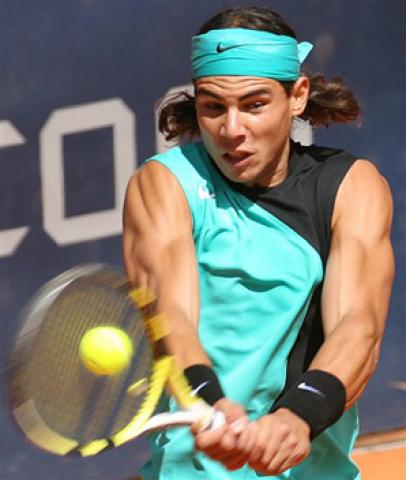 Here are some of the sporting moments in 2008 which have captured our hearts.

The powerful swimmer from United States dominated headlines from start to end at the Beijing Olympics with his eight gold medal tally which gave him the proud record of most gold medals won by an athlete at a single Olympic Games.

Never has swimming looked so glamorous until Phelps came along.

Known for years as the undisputed ‘King of Clay’, Nadal finally had his breakthrough year by not only defending his French Open title but also adding his first Wimbledon triumph to a bulging trophy cabinet.

In doing so, Nadal overtook Swiss ace, Roger Federer’s reign as the World No.1 ranked male player on the circuit.

At the tender age of 22, Hamilton gave his all and won the coveted Formula 1 Drivers’ Championship to become the youngest ever driver to take the title.

The Lion City hosted its first ever Formula 1 race to great success.

What made it all the more magical was that it was also the first ever night race in the sport’s history.

The wily Scotsman took his beloved Manchester United to a Barclays Premier League and Champions League double in 2008 with his side playing some of the most scintillating football in Europe.

Armed with star players Cristiano Ronaldo and Wayne Rooney, Ferguson’s side dominated their domestic and European rivals throughout the year and recently added the FIFA Club World Cup title to be bestowed the title of ‘World Club Champions’.

The Jamaican sprinter who left everyone breathless and trailing in his wake as he sped off with the 100 and 200m gold medals at the Olympics in world record time.

He capped off his amazing treble by helping Jamaica win the 4×400 metres gold medal to make it a golden treble in Beijing.

Giving him the nickname "Lightning Bolt" was rather appropriate.

One of sport’s great rivalries was revisited for the 11th time in NBA finals. The two most successful teams in NBA history. The Celtics took the finals series 4-2 and extended their domination over the Lakers in finals to 9-2. Even regular season MVP, the great Kobe Bryant, couldn’t carry the Lakers to victory.