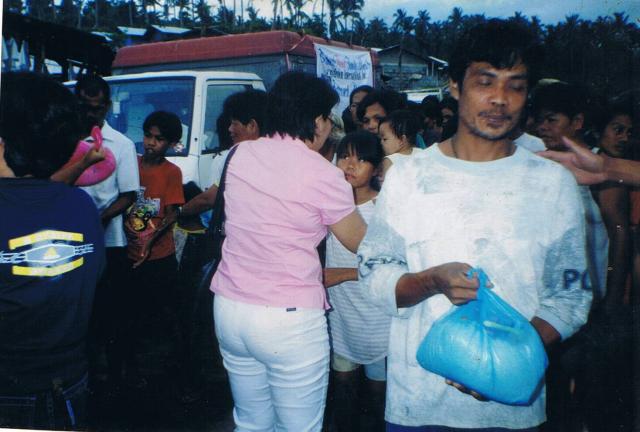 One of the more damaging fallacies Christians can fall into is the thought that because they are a Christian, they are better than most people out there who are not. For example, they are a better mom, a better husband, a better child, a better teacher, a better coach, or they have a better marriage, a better family, etc. Though it may appear prideful or self-righteous, that may not necessarily be the case. This kind of thinking can spring from a genuine, though incorrect, assumption that Christianity, in order to be true, must produce better all-around people. In other words, we take on the responsibility to defend the truth through the “better” lives we display.

Now granted, we are all growing in Christ with the ultimate goal of becoming like him, but that doesn’t necessarily mean we are “better” than other people. It means we are in the process of becoming more loving, more truthful, more peaceful, more patient, and more kind. “Better” is often defined in terms that have little to do with becoming like Christ. The religious leaders of his day would never have described Jesus as being better than anybody. In fact, they thought Jesus was a scoundrel – they called him a drunkard and a glutton (Matthew 11:18,19). So “better” is a relative term.

What’s true is that we should be getting better, but “better” compared to what? Compared to ourselves – what we used to be – which may still be a long way from someone else out there who is perhaps a more healthy person overall. Bottom line: It’s not good to compare yourself with others, whether they are Christians or not. “Better” means better than I was yesterday, not better than you.

Admitting that an atheist has a better marriage, a Mormon has better kids, a Muslim family is more loving, or a Buddhist is healthier need not be a threat to one’s Christianity. The point is, as Christians, we are saved and that’s the most important thing. We are all sinners saved by grace, and rather than making ourselves out to be different from everybody else, we should be focusing more on our similarities. If we need Jesus, so does everybody else, which makes us basically the same as the rest of humanity.

I might think of myself as a good father but you know there are lots of good fathers out there, and when it comes to fathering, I have much to learn. So someone might teach me about fathering, and I might, in turn, be able to share Christ with that person because he may be experiencing a lot of guilt inside, or he may be carrying around a sense of failure, or he may feel alone and distant from God and wondering what his life is all about.