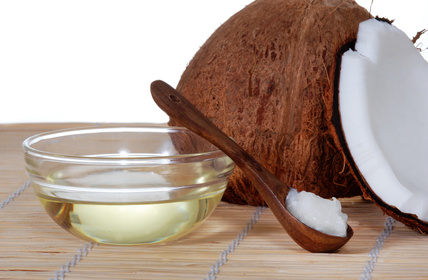 If you are confused with the recent media hype about the health benefits of coconut oil which seem to contradict conventional heart health wisdom, you have every right to be. The claim that coconut oil is a health food stems from the misconception that coconut oil contains mostly a kind of fat called lauric acid, a medium chain triglyceride, better known as an MCT. MCTs are believed to have a neutral effect on blood LDL or “bad” cholesterol level, meaning they don’t raise LDL. Furthermore, it has also been suggested that intake of the MCT, lauric acid, not only does not raise LDL but increases the amount of “good” cholesterol or HDL. Because of this fact, that approximately half of the fatty acids in coconut oil are lauric acid, many tout that coconut oil is a “heart healthy food.”

This is simply not the case.  Let’s take a closer look at the science and the biochemistry of coconut oil, which clearly casts doubt on its health claims:

On a molecular level, the main ingredient of any fat—be it butter, cream, or olive oil—is triglyceride molecules. Each triglyceride molecule is made up of a glycerol backbone that supports three fatty acid chains. The chemical makeup of each of these fatty acid chains is what dictates how the fat will behave once it is digested and enters your body. There are three types of chains, or fatty acids. Scientists have named each of the three types as saturated, monounsaturated, or polyunsaturated. The three fatty acids linked to the glycerol backbone can be all the same type or different types. Hence the different types of chains can exist in different combinations in each triglyceride molecule, and it is the predominant type of chain that helps scientists categorize fats as either saturated, unsaturated, or trans.

Thus coconut oil is considered a saturated oil because 92% of its fatty acids are saturated (caproic to stearic) and only about 8% unsaturated (oleic and linoleic).

Whether or not the fatty acid chain, lauric acid, is truly a health food is highly questionable. In fact, some chemists do not even place lauric acid in the MCT category, contradicting the “neutral” effect of lauric acid on blood LDL cholesterol:

According to a journal article in Lipids, “More than 40 years ago, saturated fatty acids with 12, 14, and 16 carbon atoms (lauric acid, myristic acid, and palmitic acid) were demonstrated to be a “hypercholesterolemic saturated FA.”2

The take-away message? Coconut oil does indeed clog the arteries. This is because in coconut oil, the lauric acid also comes packaged in with palmitic and myristic acids. Myristic acid is the most cholesterolemic fatty acid, meaning one that dramatically raises blood cholesterol levels. Palmitic acid is no better. Whether or not lauric acid is an MCT is questionable. However, even if lauric acid is a MCT, the fact is that the evidence linking coconut oil as a whole to increased risk of heart disease points sharply in the direction of caution as the fact is, coconut oil raises LDL cholesterol. In short, if coconut has any positive effect on health it is modest compared to its potential to raise your risk for heart disease, the leading cause of death in this country. 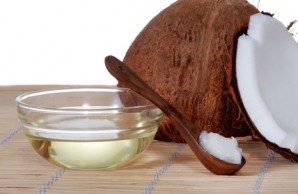 Filed under: Health, Lifestyle
Share Tweet Pin G Plus Email
previous article: RIL Responds to Online Petition Regarding its Chicken Business
next article: Business promotion – what can you do?