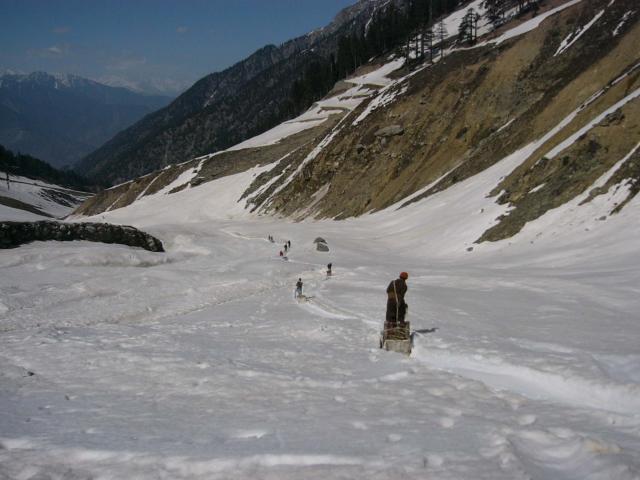 CHITRAL: Beyar Local Support Organization (BLSO) will celebrate Lawari Rail tunnel festival on Jan, 18 said Shujat Ali Khan Manager BLSO. In this connection all members and elites of the area held an important meeting at the office of BLSO Booni, which was participated by large number of people. The participants thanked Allah Almighty and expressed their great pleasure and happiness on completion of Lawari Tunnel. They also paid rich tribute to Zulfiqar Ali Bhutto Shaheed the then Prime Minister of Pakistan and Gel (r) Parvez Musharaf then president of Pakistan and Iftikhar Hussain Shah the then Governor of NWFP the first person launched excavation of the tunnel and the second one completed it. They said that BLSO would celebrate a function on pleasure eve of completion of first phase of Lawari Tunnel (excavation). They announced that Lawari tunnel festival would be celebrated on Sunday. Where the residents of the area also celebrate the day as thanks giving day and all the inhabitants of Booni will offer thanking giving prayer on the day who will distributes sweet among the children and people on the day. Besides its colorful side a musical concert and expression of pleasure will also be arranged on different ways. So many colorful programs have been detailed on the day.

Nisar Ahmad son of Fida Muhmmad who is a geologist by profession and working as Material Inspector with Geo-Consultant Typs JV in Lawari Rail tunnel at south portal (Dir side). On completion of the tunnel Nisar Ahmad was the first man belongs to Chitral who crossed the tunnel from Dir to Chitral in vehicle. He said that I was very much excited on the day was feeling more pleasure and happy on completion of the tunnel as this was a long awaited demand of Chitral people. Lawari Rail tunnel is the longest tunnel of Pakistan having total length of 8.5 kilometers with approximately 7 meters heights and same width. Total length of the tunnel is 8509 meters from one portal to other. In first phase on excavation of the tunnel the SAMBU Korean company also short Crete inside the tunnel to stop seeping of water and collapsing of rocks. In secondary short Crete water membrane and pressure would be diverted in sides and would be carried out through drainage.

Lawari Rail tunnel was crossed by General Manager National Highway Authority (NHA) Col (r) Salman Rashid, Project Director Abdus Samad and Assistant Director Anwar Khattak from Chitral side while it was crossed by Nisar Ahmad Material Inspector and Ibrahim Side Engineer from Dir side. Coming from Dir to Chitral inside the tunnel they expressed great pleasure and a new life. The last blasting in the tunnel was occurred at 3.8 KM distance from North side and 4.7 KM from South side. The final blasting awaked fake of Chitral who feeling real Pakistani at first time on completion of the tunnel as they remained besieged in past after blocking of snow bound Lawari Tunnel with heavy snowfall in winter season.