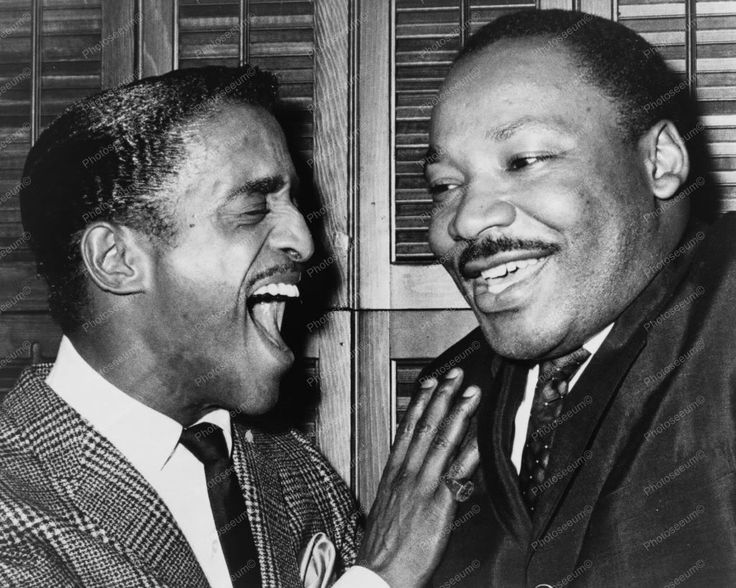 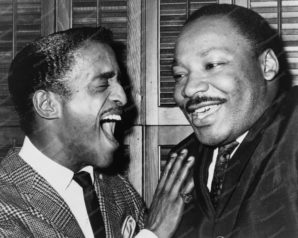 When we think about the Civil Rights Movement, we naturally think of Martin Luther King, Jr. But with Martin Luther King Day approaching, the stories of others who were instrumental to the movement should also be mentioned.
One of these pioneers was Sammy Davis Jr.
This talented and versatile entertainer could sing, dance, tap-shoe, act, do impressions of other celebrities, was an instrumentalist, a gun spinner, and photographer. His talents led him to be billed as the “the greatest living entertainer in the world.” Quite an honor. But Sammy lived up to it.
A lengthy article should follow to do justice to this talented man’s career, but I will concentrate on some of the lesser known Sammy facts.
First presented to the entertainment world in vaudeville by his parents at age three, Sammy continued his training as part of the dancing Will Mastin Trio with his father.
Drafted into World War II, he became the target of harassment because of his color. At five foot six and 120 pounds, he was particularly vulnerable. But being beaten up and having his nose broken didn’t stop Sammy. He joined an entertainment unit and earned the admiration of his fellow soldiers.
In 1941 at the Michigan Theatre in Detroit, Sammy met someone who would become his life-long supporter and best friend, Frank Sinatra. Frank, an early advocate for civil rights, promoted Sammy’s career and eventually involved him in the famous ‘Rat Pack” along with Dean Martin and others in the late 1950’s and 60’s. A car accident in 1954 took Sammy’s left eye. He wore a patch until he had a glass eye placed. During his recovery, Sammy converted to Judaism.
He campaigned vigorously for Kennedy in the 1960 election, but his interracial marriage in an unforgiving time to a Swedish actress caused the incoming Kennedy administration to drop him from the inaugural entertainment list. His daughter, Tracey Davis revealed this in a book about her father. So sad. I recently watched an episode of “The Rifleman” with Chuck Connors. Sammy played a trick –shot artist turned fake gunman. He demonstrated his acting skills and his deft gun-spinning talent. Great story and there’s always a lesson in that show’s episodes. This one was do not try to be someone you’re not.
A man who marched to the beat of his own drum, Davis earned the criticism of the black community for hugging President Nixon at a Republican presidential campaign event in 1972. In 1973, Nixon invited Sammy and his wife, Altovise, to sleep in the white House, the first time an African American would be invited to do so. The number one hit in 1972 belonged to Davis. To this day, we still often hear The Candy Man, his most famous song.
And who can forget Davis’ simultaneously funny and poignant February 1972 appearance on the groundbreaking All in the Family? When there was an opportunity to get his message across, Sammy Davis, Jr. did it in the most effective way possible – by entertaining.
Heavy drinking, smoking, and gambling caused troubles in his life. Davis succumbed to throat cancer in 1990. But before his demise he had, and from the time he met Sinatra with Ol’ Bue Eyes’ help, quietly participated in breaking down the doors of hotels and venues formerly closed to Blacks. With Sinatra refusing to play in venues that would not allow the people of color in his band and the his friend, Sammy Davis, Jr., it still took courage for Sammy to step onto that stage and perform in formerly segregated venues, much less stay in them. But using the talent he had honed, he quietly went about opening doors for those who would come after him.
So, why should we think of Sammy Davis, Jr. on Martin Luther King Day? What is Sammy’s legacy? That obstacles as powerful as racial prejudice can be overcome with diligence, hard work, and the development of personal talent. There likely were times when all challenges probably got him. But Sammy kept coming back and, because he did so, he opened up avenues to success for other entertainers of color while effectively implementing desegregation along the way.

Allan Patch is the author of the contemporary/historical fiction thriller Apollo Series. Passage at Delphi and Delphi’s Chosen use contemporary characters, historical encounters, and page-turning adventure to pose the question: what must we learn from our past to ensure our future.