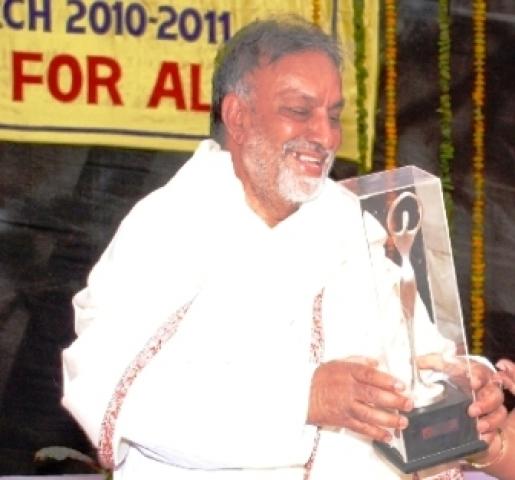 Addressing several meetings in Meera Sahib, R.S. Pura, Suchetgarh, Sai, Arnia and other places Bhim Singh accused P. Chidambaram and Kapil Sibal for a conspiracy against the Prime Minister by playing foul on the morning of 5th June, 2011 by committing unparadonable crimes against humanity. He demanded a judicial inquiry by a Supreme Court Judge into the entire fascist attack on the innocent people and dismissal of the ministers and bureaucrats involved.

Meanwhile a march of Panthers Party activists led by its Chairman, Prof. Bhim Singh visited highly sensitive border areas along International Border with in R.S. Pura in support of the movement for Reorganization of J&K on regional, geographical and historical identity. The Panthers Party launched first phase of march along Indo-Pak International Border Line from Palanwalan (Chhamb Sector) which concluded today at Sai-Samba Sector.

Prof. Bhim Singh appealed the people of J&K to standby the doctrine of Reorganization of the State so that each region lives in human dignity, equity and could share equal Legislative and Financial matters within the Union of India. He said that second phase of the march shall start after the National Integration Camp being held at Sudhmahadev from 13th to 15th of June, 2011.

Prof. Bhim Singh advised the Sarpanches to issue Dogra Certificates to the Dogras on demand because the Panchayats are only competent authority to issue identity card to the local residents.

More than 500 farmers, youth, students and women joined the Panthers Party during the day long campaign.