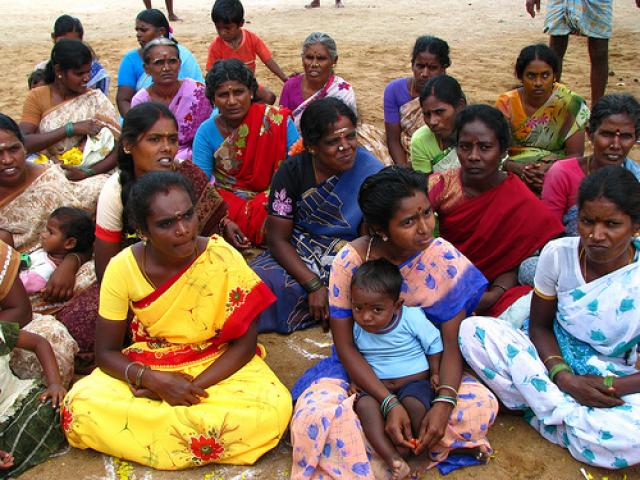 Despite of  achieving monumental success in science and technology, especially space research etc.. India is lagging behind on the social front, especially on the issue of having a bias against girls, which is tantamount to cruelty and a crime against humanity. It is an irony that bias against girls is widely accepted, prevailed and practiced in India and such offenders go scot free largely with the connivance of their fellow human beings.

The decline of the sex ratio over the years, especially the gradual reduction of the women population compared to the man population, is a classic example to prove our case.

Above all it is an irony that despite of the existence of various laws to prevent female infanticide, child marriage, domestic offences against women, harassment for dowry etc.. the male chauvinists are still committing crimes against women.

The political front also does not have a rosy picture for women. We all know very well that despite of  having a number of women ministers, State chief ministers, women political leaders and even the party President of a ruling political party being a woman, the political leaders cannot arrive at a consensus on providing 33 % reservation for women. It clearly shows the dominance of  men and their bias towards girls and women.

Recently, our Prime Minister, Dr. Manmohan Singh, while inaugurating a national meeting on ‘Save the Girls’, expressing concern over declining sex ratio in the country, has called for concerted and multi-pronged societal action  to address the contributing factors in the predicament of little girls, by strengthening legislative enforcement, basic health care and nutrition, by launching a nationwide campaigning by the religious leaders to end all types of discrimination against women.

Describing the declining sex ratio, biases against women and girls, as a national shame, Dr. Manmohan Singh said that female foeticide is one of the most inhuman, uncivilized and reprehensible practice, which is compounded by some unethical practices  of some medical practitioners, assisted by unscrupulous parents, who illegally offer sex determination services.

To overcome such problems, we need awareness, strict enforcement of the preconception and pre-natal Diagnostics Techniques Act. He also called upon the women and child development ministry to effectively implement welfare programme for women through Panchayats.

Above all to highlight his case against women, Dr.Singh said that no nation, no society or community could hold its head high and claim to be part of the civilized world if it condones practices of  discrimination against half of humanity..