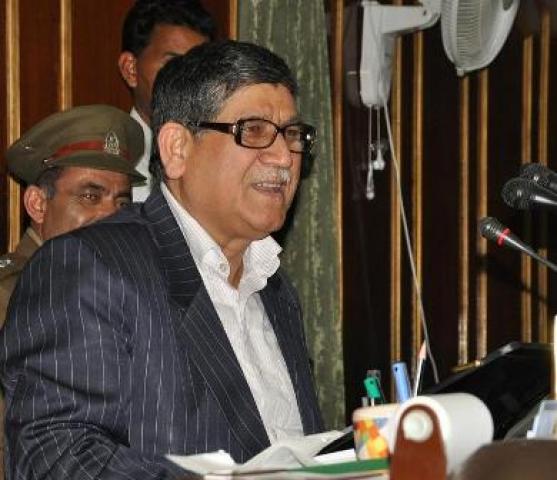 The Minister while stating objectives and reasons said that Jammu and Kashmir Civil Services (special provision Act. 2010 imposes an obligation on all departments to refer all cases of Contractual/ Adhoc/ consolidated employees for regularization to the Empowered Committee within sixty days of commencement of the Act.

He said certain departments, however, were unable to furnish the said information due to prevailing situation of the State. In order to entertain the information after expiry of sixty days prescribed in the Act, it is was necessary to amend section 10 of the said Act so that all cases for regularization of Adhoc/ Contractual/ Consolidated employees can be considered by the Empowered Committee.

Speaker, J&K Legislative Assembly,  Mohammad Akbar Lone today directed the Chief Secretary to inquire into the news story carried by a section of press in which allegation was levelled regarding induction of a junior official into KAS.