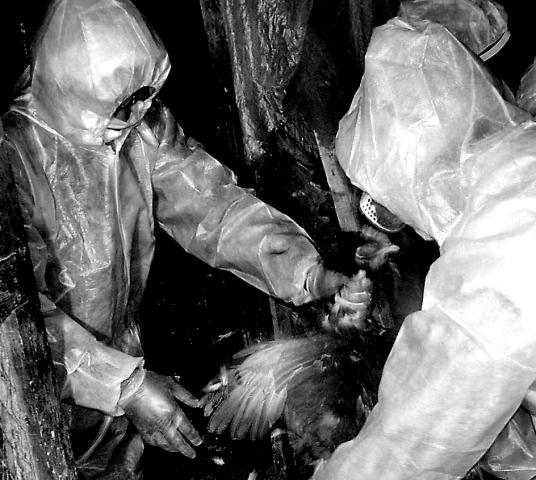 Government official have declared the Lokanthali Height in the East, squatters’ village in the North, Manohara River in the West and the Bhaktapur main road in the South as the bird flu-affected area and preventive measure are taken at high rates to stop it from spreading. The diagnosis was confirmed when the reports caused the death of the chicken of a local Chandra Bahadur Tamang to have died with the infection of H1N1 virus. The area is highly monitored for the next 42 days.

Bhaktapur is the second largest chicken producing district in Nepal with a daily production of 10,000 kg of chicken and 150,000 eggs. The Directorate of Animal Health has mobilized a Rapid Response Team to destroy affected fowls. Yesterday, the team destroyed 232 ducks, 76 chickens and 17 eggs after they tested positive for H1N1 virus.

According to officials, “Chicken samples were collected within 3-km radius from Tamang’s home and they all tested negative. People should take precaution in maintaining safety and hygiene to prohibit this disease.”