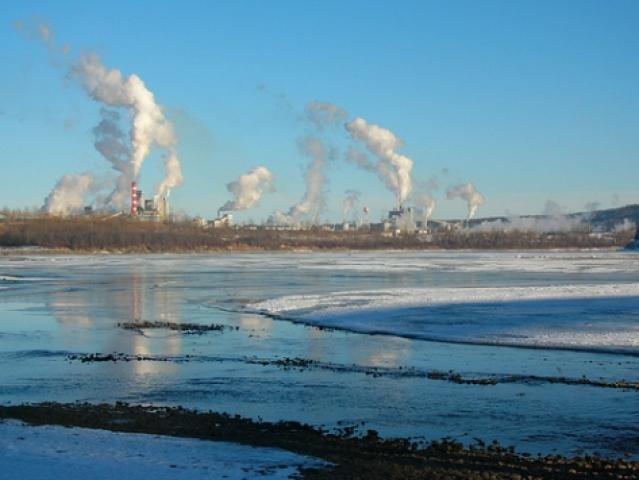 WINNIPEG—Diabetes is now widely regarded as the 21st century epidemic. With some 284 million people currently diagnosed with the disease, it’s certainly no exaggeration—least of all for Indigenous people.

According to the State of the World’s Indigenous Peoples Report by the United Nations, more than 50 per cent of Indigenous adults over the age of 35 have Type 2 Diabetes, “and these numbers are predicted to rise.”

Diabetes is referred to as a “lifestyle disease,” its rampant spread believed to be caused by obesity due to our increased reliance on the western diet (also known as the “meat-sweet” diet) and our avoidance of regular exercise.

While these may certainly be contributing factors, there is growing evidence that diabetes is closely linked with our environment. More than a dozen studies have been published that show a connection between Persistent Organic Pollutants (POPs) including polychlorinated biphenyls (PCBs); carcinogenic hydrocarbons known as Dioxins; and the “violently deadly” synthetic pesticide, DDT and higher rates of the disease.

“If it is the POPs, not the obesity that causes diabetes, this is really striking if true,” says Dr. David O. Carpenter, director of the Institute for Health and the Environment at the University of Albany.

One out of four Indigenous adults living on reserves in Canada have been diagnosed with Type 2 Diabetes, the most common form of diabetes. The prevalence of the disease appears to be so great that the number of new cases being diagnosed in Canada may exceed the growth of the Indigenous population. It’s no longer uncommon to find children as young as three with the disease. According to government statistics, 27 per cent of all Indigenous people in Canada will have Type 2 Diabetes in the next ten years.

Sandy Lake First Nation, in the Sioux Lookout Zone of northern Ontario, has all but met the mark. A March 2009 study co-authored by Dr. Stewart Harris found that 26 per cent of the community has the disease, the highest recorded rate of diabetes in Canada. With a population of 2,500, the northern Cree community was recently described as an “epicentre” of the epidemic.

There has been little research on the levels of persistent organic pollutants in Sandy Lake; however, according to the First Nations Environmental Health Innovation Network, several neighboring communities who also have high rates of diabetes, like Kitchenuhmaykoosib Inninuwug First Nation, are known to have elevated levels of PCBs in their blood.

The Mohawk community of Akwesasne has its own conflict with diabetes and exposure to POPs. Located across the New York-Ontario-Quebec borders along the St. Lawrence River, three aluminum foundries upriver from the reserve dumped PCBs into the river for decades, contaminating the water, soil, and vegetation.

For many years, Dr. Carpenter has been involved in the study of Adult Mohawks at Akwesasne. Most recently, in 2007, he took part in a study to examine the diabetes/pollution link in the community. “Our study of adult Mohawks showed a striking elevation in rates of diabetes in relation to blood levels of three persistent organic pollutants, DDE, the metabolite of DDT, hexachlorobenzene and PCBs,” Dr. Carpenter explains. “Our results are quite compatible with those of Lee et al.”

In 2006, Dr. Dae-Hee Lee and her colleagues showed that people with the highest rate of exposure to POPs were roughly 38 times more likely to have diabetes than those with the lowest rate of exposure. Further, “they showed that people who were obese but did not have high levels of POPs were not at increased risk of developing diabetes,” continues Dr. Carpenter. “Probably the reason most people get obese is that they eat too many animal fats, and this is where the POPs are.”

The dietary source of POPs was confirmed by the US Environmental Protection Agency in their Draft 1994 Dioxin Reassessment, which has never been formally released to the public. According to the Draft Reassessment, 93 per cent of our exposure to Dioxin comes from the consumption of beef, dairy, milk, chicken, pork, fish, and eggs; in other words, the western diet.

A May 2001 study published in the Journal of Toxicology and Environmental Health drew similar conclusions to the EPA Reassessment. In addition, the study found that “nursing infants have a far higher intake of dioxins relative to body weight than do all older age groups,” and that human breast milk was twice as toxic dairy milk. It also found that vegans had the overall lowest rate of POPs in their bodies.

According to an October 2009 paper by the Research Centre for Environmental Chemistry and Ecotoxicology at Masaryk University, another major source of POPs, specifically DDT, is the world’s oceans. The paper also found that despite restrictions placed on the use of DDT more than 30 years ago, concentrations of the toxin are on the rise.

Indigenous people carry an unequally high proportion of this global toxic burden. For instance, according to Environment Canada’s National Pollutant Release Inventory (NPRI) there are 212 Indigenous communities in Canada living near or downstream from pulp mills and other facilities that produce dioxins and furans. One striking example is the old Dryden pulp mill near Grassy Narrows which, according to the Grassy Narrows and Islington Bands Mercury Disability Board, dumped tonnes of dioxin-laced mercury wastewater into the English-Wabigoon River system from 1962-70.

Forty years later, the poisonous waste continues to pose a “serious health threat” to Grassy Narrows and the Wabaseemoong First Nations, says the Disability Board. No formal steps have been taken toward remediation by federal or provincial governments.

The Tohono O’odham Nation’s experience bears a close resemblance to Grassy Narrows: the world’s highest rate of diabetes can be found in the southwest Arizona nation. According to Tribal health officials, nearly 70 per cent of the population of 28,000 has been diagnosed with the illness. The O’odham People make up the second largest Indigenous Nation in the United States.

Lori Riddle is a member of Aquimel O’odham Community and founder of the Gila River Alliance for a Clean Environment (GRACE).

GRACE was instrumental in the 10 year struggle against a hazardous waste recycling plant that operated without full permits on O’odham land for decades. Owned by Romic Environmental Technologies Corporation, the plant continuously spewed effluents into the air until it was finally shut down in 2007.

The Romic plant was not the first contributor to the O’odham’s toxic burden, explained Riddle. Looking back to her childhood, she recalled: “For nearly a year, [when] a plane would go over our heads, you could see the mist. We never thought to cover our water. The chemicals just took over and they became a part of us.”

From the early 1950s until the late 60s, cotton farmers in the Gila River watershed routinely sprayed DDT onto their crops to protect them from bollworms. According to the Agency of Toxic Substances and Disease Registry (ATSDR), each and every year, the farmers used roughly Twenty-three pounds of DDT per acre.

In 1969, the State of Arizona banned the use of DDT; by this time the river was gravely contaminated. According to the ATSDR, farmers then switched to Toxaphene, a substitute for DDT—until it was banned by the US government in 1990.

Because of these chemicals, Riddle explains, the O’odham were forced to abandon their traditional foods and adopt a western diet. Farms also went into a recession, forcing many families to leave their communities. Companies, such as Romic, began moving on to their territory, exasperating the situation. “It’s taken a toll on our quality of life,” she says. “I’ve cried myself to sleep.”

The O’odham are dealing with what Riddle terms “cluster symptoms” including miscarriages, arthritis in the spine, breathing problems, unexplainable skin rashes, and problems regenerating blood cells. This in addition to diabetes, which frequently leads to renal failure, blindness, heart disease, and amputations.

More and more studies are being published that show the link between diabetes and persistent organic pollutants like DDT—stemming from the landmark “Ranch Hand” study. In 1998, the study found a 166 per cent increase in diabetes (requiring insulin control) in US Air Force personnel who were sprayed with the herbicide and defoliant Agent Orange during the Vietnam War. The study also found that as dioxin levels increased so did the presence and severity of Type 2 diabetes, the time to onset declined following a similar trend.

However, Dr. Carpenter notes that because of the widely-endorsed belief that diabetes is a life-style disease related to diet and exercise, the link is gaining little attention by governments, news agencies, or by any of the hundreds of non-profit diabetes foundations around the world. “[It] hasn’t even made it into the medical community at this point,” Dr. Carpenter adds. “It takes a long time to change both medical and public opinion.”

“Clearly one thing everyone can do is to eat less animal fats,” suggests Dr. Carpenter. Several Indigenous communities in northern Manitoba and British Columbia have begun to do this, planting their own gardens and building greenhouses; returning, in a traditional sense, to some of the foods that sustained them for millennia. Others are turning to exercise, which plays a vital role not just in the prevention of diabetes, but in their overall health.

“Also, we must find ways of getting the POPs out of the animals that we eat. That is not going to be easy, given how contaminated we have made the world,” adds Dr. Carpenter. For this, Lori Riddle, who is herself a diabetic, points to the Tribal Council and the Federal Government.

John Schertow is an Indigenous rights advocate and author of the blog, Intercontinental Cry.