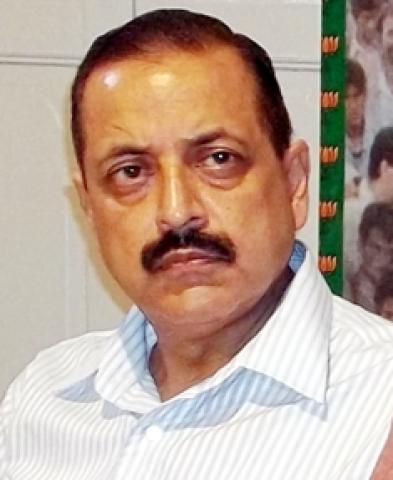 Jammu, October 18 (Scoop News) –Accusing the Congress party of double speak, BJP State Chief Spokesperson & National Executive Member Dr. Jitendra Singh has cited a number of specific examples where the Congress leadership is speaking in two opposite languages on certain crucial issues with the ulterior motive of putting up one face as a ruling party at the Centre and another face as a coalition partner sharing power with NC in the state.

Dr. Jitendra Singh referred to the Union Defence Minister and Senior Congress leader A.K. Antony’s reported opposition to the withdrawal of Armed Forces Special Power Act (AFSPA) from Jammu and Kashmir for the time being, while the Union Home Minister P. Chidambram, also a senior Congress leader, is reported to have accepted J&K Chief Minister’s suggestion to withdraw AFSPA from three districts each in Kashmir and Jammu divisions even as the GOC General Hasnain is repeatedly warning about heavy infiltration prospect on LoC.

On the issue of Afzal Guru, while the national leadership of Congress party claims to go by the law of land, at the state level it turns a mute approver to the NC leadership’s campaign against death penalty to Afzal Guru, he alleged.

Dr. Jitendra Singh said it is a strange situation where the Congress party is trying to act both as a ruling party as well as the opposition party by supporting the NC’s Kashmir-centric policies to continue in power and simultaneously posing to oppose these policies in where the party claims its mass constituency. Stating that the people of the state can no longer be fooled by this duplicity, Dr. Jitendra Singh asked the Congress  leadership to come clear on whether it supports or does not support the Omar-led  government’s Kashmir centric and appeasement policies adding that the nation has already paid a heavy price for the Congress created confusion over .