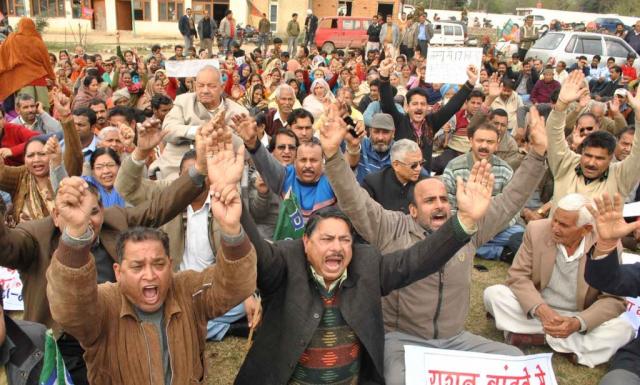 Prof. Gupta, on this occasion, said that the people of the constituency have been made to suffer as the fixed quota of 35 kg ration per card is not being released. Only 17 to 18 kg ration is released, which is insufficient and do not meet the monthly need  or  required ration. He said that despite the repeated assurances from the concerned minister, the CAPD has failed to release the quota as announced, which has forced the people to come on streets and agitate.

The dharna was lifted after the assurance of The CAPD Director, who said that the ration released to the department is according to the 2002 census and he can not  make hike in the ration quota but assured that he will try to see that two more bags of atta of 10 kg each are made available and those who do not purchase five kilograms of rice too can get atta in place of rice.