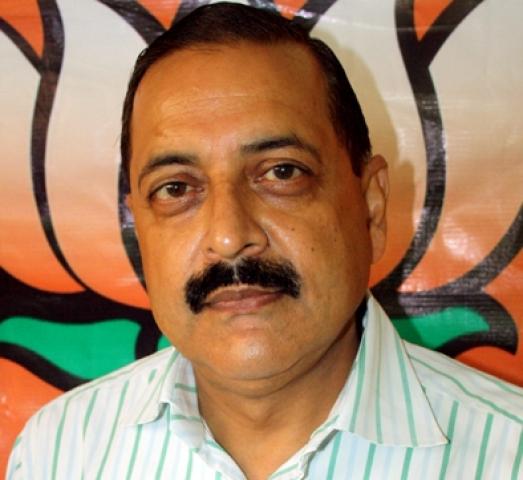 , October 31 (Scoop News)- Alleging that there is a deep rooted conspiracy hatched by Pakistan agencies in connivance with Kashmir separatist groups to instigate communal unrest and militancy in the Chenab valley region comprising three districts of Kishtwar, Doda and Bhaderwah, which have traditionally  been known for communal harmony, BJP Chief Spokesperson & National Executive Member Dr. Jitendra Singh reiterated that whatever the provocation, there can be no justification for anti-India protests or anti-national demonstrations for which the state’s coalition government is also answerable.

Addressing a press conference at party hqrs. on Wednesday, Dr. Jitendra Singh said that incidents of Kishtwar over the last three days have sent out a dangerous message and the minority community is feeling insecure inspite of its staunch nationalist leanings while those hurling pro-Pakistan slogans are holding the town to ransom. He said even though no offender should be allowed to go scot free,  it is against the rule of justice that on the one hand the  coalition government is granting general amnesty and offering employment to former militants and youth returning from Pakistan, while on the other hand administration is said to be planning slap Public Safety Act (PSA) on minority community youth of Kishtwar for an unsubstantiated and relatively less serious offence.

Dr. Jitendra Singh said it is a strange paradox that while NC and Congress leaders accuse the BJP of being communal, it is they themselves who are responsible for encouraging communal elements. He said the district BJP unit of Kishtwar and party’s State Secretary  Sunil Sharma have played a  highly appreciable role  in restraining the minority community despite worst provocation and pacifying them from reacting to anti-religious and communal utterances by anti-national activists.