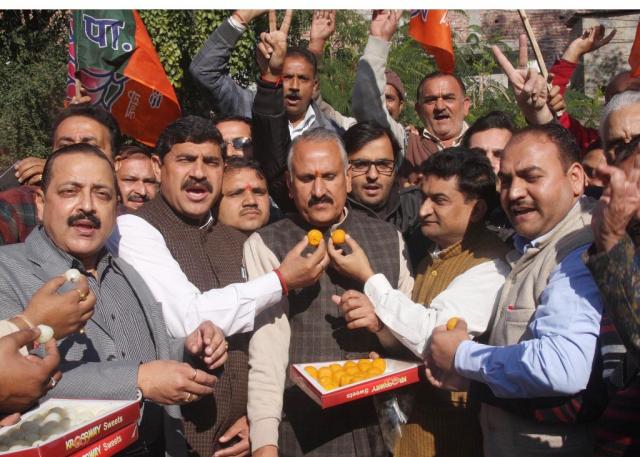 Jammu, December 20 (Scoop News) –Jubilant activists of BJP under the leadership of State President Shamsher Singh Manhas, celebrated the victory of party in Gujarat amid drum beats and distribution of sweets at party headquarters on Thursday.

Shamsher Singh Manhas, while congratulating the party activists, said that Narendra Modi has made history in Gujarat by registering victory in the  elections for the third consecutive term, which is indeed a matter of great pleasure and inspirational for each of us. He said the Congress used every nefarious tactic to defeat BJP by levelling one slanderous allegation after another against  Narendra Modi but the wise and mature voters were not taken in by such misleading falsehood and voted in favour of our party.