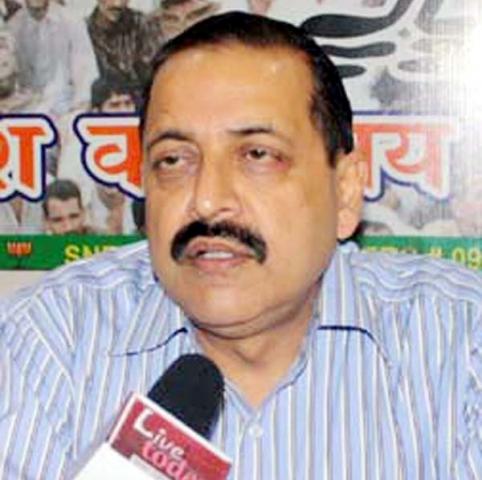 Jammu, May 03 (Scoop News) – Expressing serious concern over reports regarding nepotism in the final selection list of Combined  Civil Services (CCS) examination of year 2009, the BJP State Chief Spokesperson & National Executive Member Dr. Jitendra Singh has called on the State Public Service Commission and the government to come out clear on the issue, cancel this selection list and go in for a fresh selection process in order to restore the confidence of the youth of the State.

It cannot be a simple coincidences and that the wards of the top bureaucrats, ruling coalition politicians and PSC  members themselves have made it to highest merit in the state civil services examination, said Dr. Jitendra Singh and added there is an urgent need to probe allegations that some of the candidates who had failed to make it in written examination were given  almost full marks out of a total of 250 in Viva while some of the meritorious candidates who had a high score in written examination were deliberately given very low marks in Viva.

This amounts to a criminal conspiracy to usurp the genuine merit and surreptitiously push in  favoured candidates.

Dr. Jitendra Singh further said there was also a need to investigate whether in addition to nepotism in  favour of VIP sons and slaughter, there was also monetary transaction playing a part in these selections. He said the 12% Viva marks were ideally meant only for personality interview and over all assessment of candidates’s calibre and if these marks were being manipulated for dubious considerations, this calls for a relook at the selection criterion itself.

Dr. Singh said that on the one hand the state government claims to have a roadmap for rehabilitation and employment of former militants and youth returning from PoK, on the other hand the same government seems to be doing everything possible to create a new crop of militants emerging from the youth who are denied justice and legitimate democratic rights.

Alleging  that the NC led  government has allowed itself to become a hostage to Geelani’s diktats on the one hand and on the other hand,  corruption in high offices, Dr Jitendra Singh observed the Congress party which is a coalition partner finds itself unable to exercise any check because it is under direction from 10 Jan path.