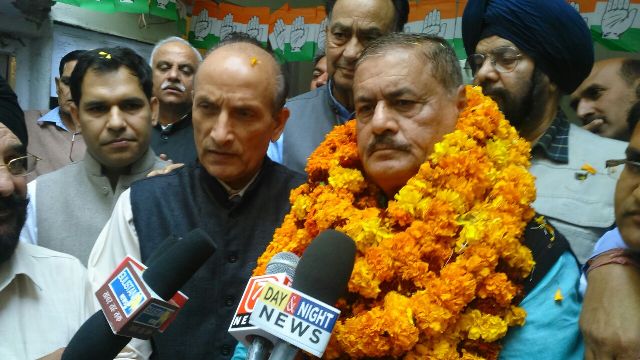 Thakur Hari Singh-Vice President said that Mr. Sapolia earlier was the Congressman, Congress MLA and today it is his home coming and by joining him Congress party will be further strengthened.

It may be mentioned that MLA, Jagdish Raj Sapolia, who was among the 7 MLAs suspended by the BJP party for their alleged involvement in cross-voting for the Upper House in 2011.

Filed under: News, Politics
Share Tweet Pin G Plus Email
previous article: On the character trait of kindness
next article: Senator McCain’s war mongering against Russia continues as he urges the US and Europe to arm Kiev with lethal military aid and weapons