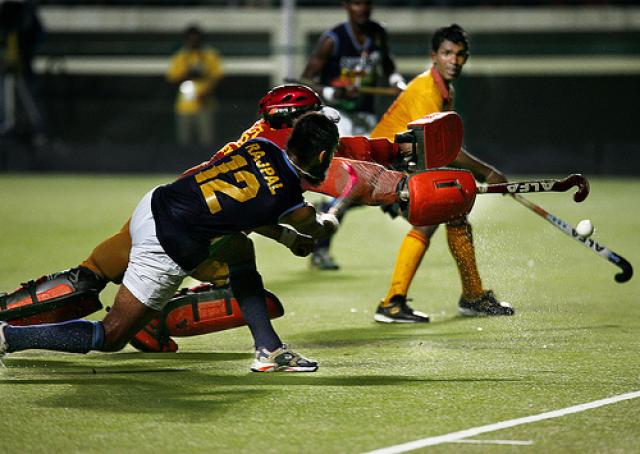 Monday, nothing special to a common man, but a black day for the Indian National Game. Two quick strikes in the first 10 minutes of the final qualifier game for the Beijing Olympics here spelt disaster for the Indian field hockey team. India had earlier lost to Great Britain 2-3 in the league phase.

As the game ended, it marked the first time the eight-time Olympic gold medallists in field hockey will stay out of the Olympic Games. India won the Olympic hockey gold six times in a row from 1928 to 1956. They lost the final in 1960, but regained the gold in 1964 at Tokyo. In 1968 and 1972 India failed to reach the final, but returned with bronze medals. In the truncated Olympics in 1980, India won the gold one last time. Since then India has failed to make the semi-finals and this time India failed to make it to the tournament at all.

India were reduced to 10 players a second time when Prabhjot Sngh was penalised for a reckless back tackle. That send-off gave Britain more breathing space.