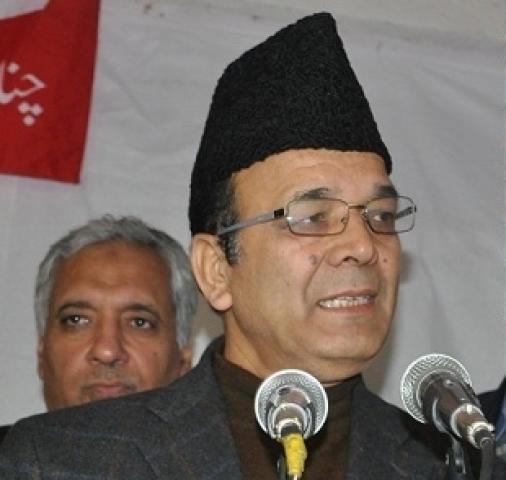 , October 23 (Scoop News)-   Saying that people of the state have suffered a lot due to black laws Implemented since 1990 when Mufti Mohammad Sayeed was Home Minister of the country, the Minister for Finance and Ladakh Affairs,  Abdul Rahim Rather said that the present government has now decided to revoke these laws to remove sufferings of the people. He said recently the State Cabinet has approved certain amendments in the PSA to make it human adding that scraping of AFSPA from the state is in a phased manner was also in offing.

Addressing a gathering after inaugurating government treasury at Ramhal-Handwara in district Kupwara today,  Rather said the present government is keen to provide succor to the people and mitigate their sufferings. In this connection, he referred to Public Services Guarantee Act (PSGA) and said the law has made public servants working in various government departments more accountable and responsive to the public demands. “By virtue of the PSGA, the public servants as well as higher authorities are liable to redress the grievances of people in time-bound manner failing which they shall have to face strict action”.

The Ramhal Treasury is the 8th treasury in district Kupwara raising the total number of treasury in valley to 63 and 118 in J&K.

Former Minister and MLA Handwara, Ch. Mohammad Ramzan, Director General Accounts and Treasuries,  Wali Mohammad Bhat, senior citizens and a large number of people including panches and sarpanches and concerned officers of finance department were present on the occasion.

Reiterating the government’s resolve to provide all the require facilities to the people near to their doorsteps especially in remote and far-flung areas,  Rather said though opening of treasury at Ramhal didn’t fall under the criteria but the cabinet sanctioned it as a special case keeping in view the socio-political importance of Ramhal block. He said government has kept a budget of Rs. 25 crore for integrated development of Ramhal block adding that Rs. 20 crore are being spent on construction of roads under PMGSY, Rs. 85 lakhs under MGNREAGA and Rs. 83 lakhs under BADP.

Ch. Ramzan also spoke on the occasion and highlights the achievements of the present government.