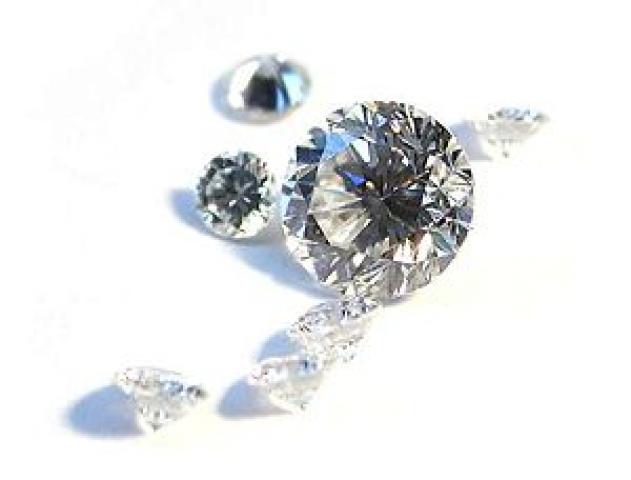 But since then much changed and India isn’t any longer associated as major diamond producing force, as India produced in 2004 about 84000 carats which is almost negligible compared to total annual world diamond production of about 30 million carats.

In the olden days where the kingdoms are there it is the main form of currency and is the main source for doing business.

Diamond are finite source and India lost many of its diamonds (including famous ones like the Koh-i-Noor, the Orlov, the Hope, and the Sancy) during the past couple of centuries.

From all its past glory, India is today left with only one producing diamond source, the Majhgawan pipe despite Efforts of India’s government to find new sources.

New countries are emerging as top diamond sources (i.e. Russia, Canada, some African countries) and India is really only left with its past glory.

A scattering of round-brilliant cut diamonds shows off the many reflecting facets. Not only one kind but of many precious stones, like the synthetic stones etc.

Roughly 49% of diamonds originate from central and southern Africa, although significant sources of the mineral have been discovered in Canada, India, Russia, Brazil, and Australia.

Diamonds can be identified by their high thermal conductivity.

Diamonds are thought to have been first recognized and mined in India (Golconda being one of them), where significant alluvial deposits of the stone could then be found along the rivers Penner, Krishna and Godavari.

Diamonds have been known in India for at least 3000 years but most likely 6000 years.