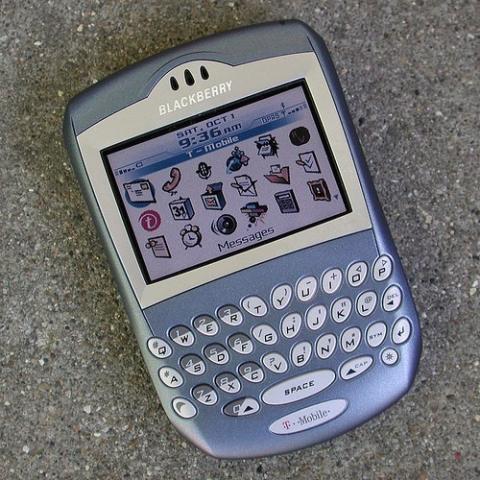 Posted by Rachel Balik to findingDulcinea.com

Research In Motion (RIM), maker of the corporately ubiquitous BlackBerry smartphone, may be losing its alpha position in the market, thanks to the hype surrounding Apple’s new 3G iPhone. BlackBerry has released a new model, the BlackBerry Bold, but has not made efforts to draw attention to it in the United States. It debuted in Australia on July 29, 2008, with minimal press.

Needham analyst Charlie Wolf believes that “the iPhone is bound to cut into BlackBerry’s incredible growth in the consumer smartphone market.”

UBS telecom analyst Maynard Um offered a report to the contrary on July 15, 2008: “we believe concern regarding competition from iPhone and 3G Bold shipment timing is overstated.”

Reviews of the Bold are mixed, while tech blog Engadget’s iPhone review declares that “you’re going to have a hard time finding a better device for two hundred bucks—or maybe even for any price.”