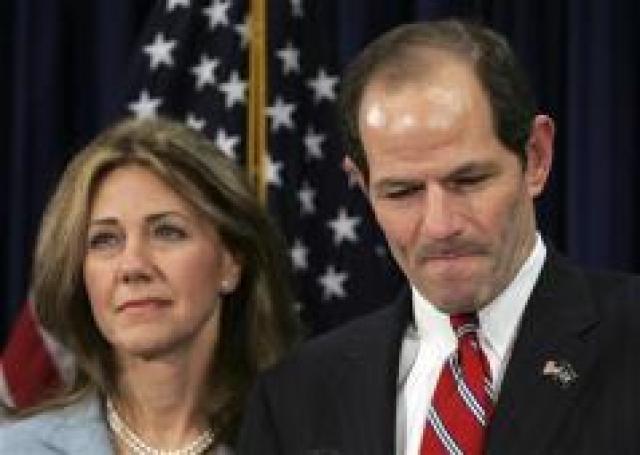 New York State Governor Eliot Spitzer who campaigned on a promise to clean up state politics, was embroiled in a sex scandal on Monday.

Spitzer, a married 48-year-old Democrat apologised to his family and the public, whom he said he should have served better.

A New York Times report linked him to a $1,000-an-hour prostitute, saying he was caught on a federal wiretap at least six times on February 12 and 13 arranging to meet with her at a Washington hotel last month (the same hotel in front of which Clinton embraced Lewinsky during a rally).

According to court papers, the investigation involves an exclusive prostitution ring called the Emperor’s Club VIP, which operated in cities across the US, as well as in London and Paris.

More than 50 prostitutes were employed by the ring, charging fees ranging from $1,000 to more than $5,500 an hour, prosecutors said last week.