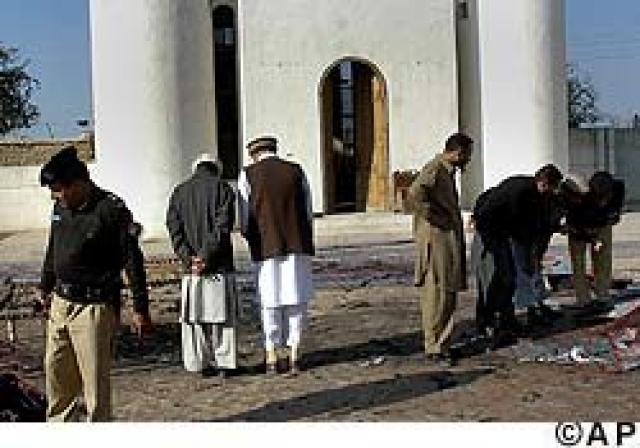 Three persons were killed and as many injured in a blast on Sunday near a mosque in Pakistan’s restive Bajaur tribal region bordering Afghanistan.

The blast occurred near the mosque in Mamond sub-district in Bajaur, officials of the local political administration told TV news channels. They officials said they feared the number of casualties could rise.

It was not immediately clear what had caused the blast, the officials said.

The Bajaur Agency was in the news last week when at least a dozen Taliban cadres were killed in a missile strike carried out on May 14 by a drone operated by US forces in Afghanistan.

Two missiles hit a Taliban commander’s compound at Damadola in the Bajaur region.

The Pakistani Taliban beheaded a paramilitary soldier in retaliation for the missile strike and warned tribal elders that they would face similar action if they cooperated with the authorities.