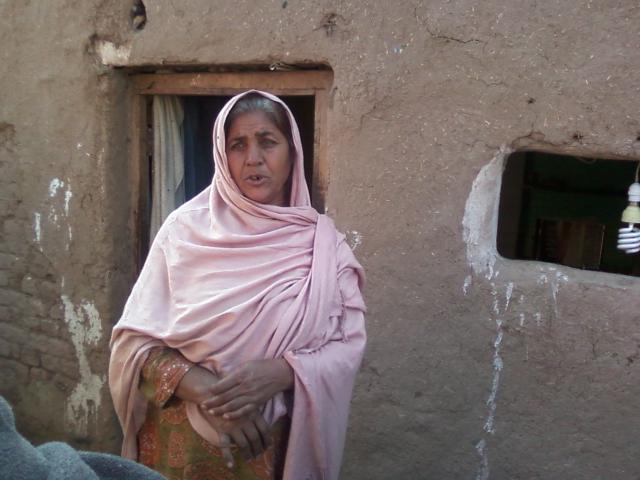 Peshawar: the poor family of Tajabad has blind and waiting for government and richer aids.

There are 4 persons including a woman who are victim of eyes illness. The mother of these victim persons Zahida BiBi who is basically belongs to Charsadda District but living in Peshawar with their family. She is working in the other people homes. She said that her 3 sons Asad Ullah, Nasir Ahmad, Alamgir and one daughter Abida Bibi is the victim of blindness. She said that I request that every one should help me. She said that his 4 sons have been already died because of poverty. When she was talking with media she was weeping and requests that the government should save his grand son.
Alamgir (also blind) is a teacher in private school. He gives regional education to the students. He said that he can not afford his house expenses because their financial resources are not enough .and also he wish to buy a home for their family. His son is also affected of blindness.
Abida Bibi said that she is very much thankful to his brother who supports her.
Filed under: Lifestyle, Media & Tech
Share Tweet Pin G Plus Email
previous article: School teacher violence
next article: e-LYNXX Corporation Named One of Best Workplaces in the Americas