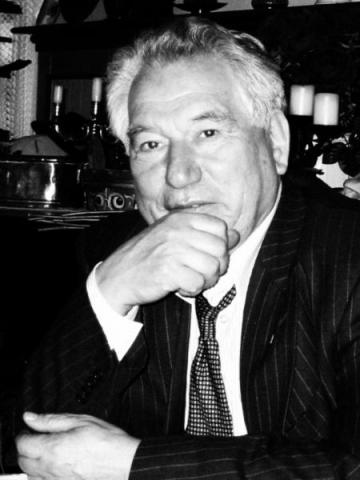 Early in June a sorrowful groan was heard from the Kyrgyz blogosphere: the great Kyrgyz writer Chingiz Aitmatov died. Almost all Kyrgyz bloggers wrote about the death of a famous writer in their blogs.

Chingiz Torekulovich is no more… But he left his scent in minds, hearts and history!

Aitmatov was more than just writer for Kyrgyz nation and Kyrgyzstan. He was the pride and the glory of the Kyrgyz people. He was the face of the nation. We haven’t enough words to describe the place which he took in the heart of every Kyrgyz. Aitmatov was a real artist. He didn’t copy off his heroes and didn’t put real life in his work: he was creating his characters. World knew about Kyrgyz nature, destiny and soul by way of Aitmatov. All Kyrgyz’s will be observed and appreciated through the prism of the Aitmatov’s mythology. We are living and we are condemned to live in the universe of Aitmatov, because the images of Aitmatov, heroes, persons, tragedies became our own life.

He was incredible profound man, one of me favorite writers. I was amazed with his attitude to the death…

So great man died. What a pity. I was growing with his books and I now I have a feeling like something was taken away.

Blogger azzzik also was at the funeral ceremony for Aitmatov and published some photos.

Human nature can’t grieve for a long time and another event came to the Kyrgyz blogosphere soon: Euro Championship.

It is funny, but soccer united our nation and we all have been fan of Russia during these days.

The windows were trembling from every goal; there were the happy shouts from every house, from every café. People were driving, signaling, triumphing and scanning. I haven’t seen such happiness and unanimity in Kyrgyzstan…

All visitors of café were fans of Russia. All were crying and hugging each other after every goal. Seems all city became a fan of Russia. After the game between Russia and Netherlands there were a lot cars with Russian flags and the main streets were blocked by crowds of fans. Ole!

All CIS was a fan or Russia. We are real brothers. We have nothing divided. Russia go ahead!