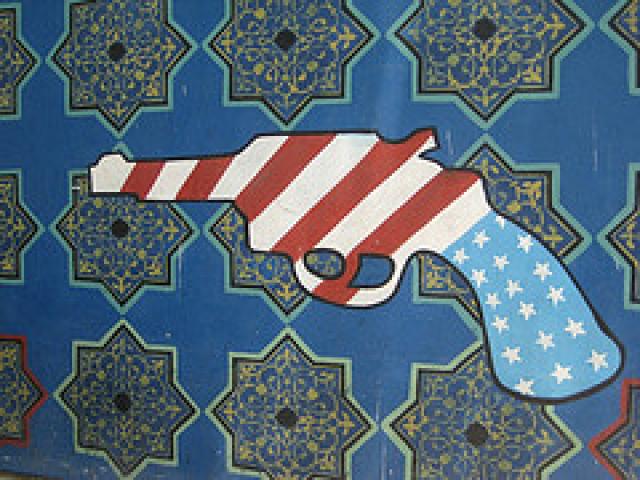 Antony Loewenstein is a Sydney-based freelance journalist, author and blogger. He is currently writing a book on “Democracy and Blogging” and recently traveled to Cuba, Egypt, Iran, Syria, Saudi Arabia and China to meet with bloggers.

Q: Would you introduce yourself and your new book project?

As a journalist and author in Australia, I have long been interested in the ways in which blogging challenges the long-held arrogance of the mainstream media. Why should self-described “experts” be any more respected than average citizens? Over the years, I’ve seen far too many journalistic insiders who see their role as little more than promoting the current power elite, rather than doing their job, which is challenging the status-quo. Blogs can achieve this.

My last book was about Israel and Palestine, My Israel Question, and I became fascinated in voices in various nations around the world, often in countries where state-media has traditionally been the only authority. Frankly, writing about Israel/Palestine is also physically and emotionally draining – hate mail and death threats are not uncommon – and the chance to embrace a different subject appealed greatly.

So, my new book project (due for release in late 2008) is about the internet in repressive regimes, the ways in which the web has changed debate around the world, how Western multinationals are now assisting governments in filtering the net and how Western stereotypes about the non-Western world are finally being challenged. I’ve recently travelled to Cuba, Egypt, Iran, Syria, Saudi Arabia and China and spoken to various writers, bloggers, online trouble-makers, politicians and dissidents.

The most demonised nation on the planet

Q: You have been in Iran and you talked with bloggers. Did you learn something that you did not know before? Any surprises?

Iran is probably the most demonised nation on the planet at the moment. Before I arrived, I expected a scared population, people afraid to express their true opinions. Although I discovered this in part, I also sensed speaking to bloggers that many were actively fighting against the government of Mahmoud Ahmadinejad and his increasingly unhinged social policies. Of course, such individuals may only be a vocal minority, but much of the Western media rarely even portrays Iranians as more than religious fundamentalists.

I met many bloggers who were Westernised, urbane, sophisticated, atheist, internet junkies, drinkers, hip-hoppers, smokers and liberal. Again, many Iranians are the complete opposite of these attributes – indeed, I was told that the mullahs are now actively grooming conservative bloggers in Qom to serve their agenda – but Iranian society was far more complex than I perhaps expected.

Internet filtering is rampant in Iran and getting worse ( my Guardian articleexpands on this issue.) Most bloggers I met saw these developments as challenges, but when, for example, numerous keywords are routinely blocked – from ‘teen’ to ‘cock’, ‘Asian’ to ‘woman’ – it’s clear that the internet is challenging authoritarian rule like no other technology in history.

An essential source of expression

Q: How do you evaluate the Iranian blogosphere’s influence in society?

It’s very hard to say. There is no question that internet usage in Iran is massive and there are an estimated one million Iranian blogs in existence, but do they really affect society? I believe that they do. I saw some of the major papers talking about blog posts, even quoting from them (including the most conservative of publications.) The mullahs have recognised that blogging isn’t just a fad, it’s here to stay. For some Iranian women I met, it was their only way to express dissatisfaction with the government’s crackdown on their freedoms, including dress-code, public behaviour etc.

Blogs aren’t going to start a revolution, but they’ve already lit a powerful fire within the country. For a young population desperate to engage with the world, and a state-media that blames the US, Israel and Jews for every conceivable problem, blogs will continue to be an essential source of expression.

Q: You have been in Saudi Arabia, too. Would you tell me about their blogsphere? Is there any basis for comparaison between the Saudi blogosphere and the Iranian one?

In many ways, Saudi Arabia makes Iran seem very liberal. The Kingdom is a far more conservative place. Women can’t drive, work in shops, or drive. As a Westerner, it was virtually impossible for me to speak to Saudi women. But when it comes to the internet, the Saudis don’t imprison bloggers and censor lightly compared to the Islamic republic ( my Guardian article expands on these points further.)

I met a number of Saudi bloggers, including Saudi Jeans, who told me about the frustration of seeing their society moving so slowly towards political reform. The Iranian blogging scene is far more advanced than Saudi Arabia, and is far more integrated into society (though not in government bureaucracy, where the wheels move very slowly, indeed.)

Democracy is under threat

Q: Can democray be served by blogs?

Democracy is unquestionably under threat across the world, in both the Western and non-Western world. In countries like Britain, the US and Australia, governments went to war in Iraq against the will of the people, continue to maintain troops there against the wishes of the people and would probably fight another war – perhaps against Iran in the next years – against the desires of the population. This isn’t democracy; it’s deluded authoritarianism dressed up as tough foreign policy.

Blogs have certainly democratised the political process, and allowed “average” citizens the chance to engage. In my country, Australia, the internet is being actively used by all major political parties in the run-up to the forthcoming federal election.

In countries like Iran, China and Egypt, the internet is threatening the rule of undemocratic governments, and bloggers are often paying a very high price for simply challenging, say, police brutality. Blogs can’t bring democracy on their own, but they can certainly allow a far greater number of people into the process. This is only a bad thing for those not wanting to give up the levers of power.

Q: Do you have any ideas for how Global Voices could become more efficient in creating a bridge between different communities?

Global Voices is already doing a wonderful job in revealing the world. To read about bloggers in countries like Palestine, Fiji and Iraq, to name just a few, makes us all more understanding people. I’d love GV to further assist citizens in poor countries to get access to the web and have a voice. This is the duty of all of us who are privileged enough to use technology every day.