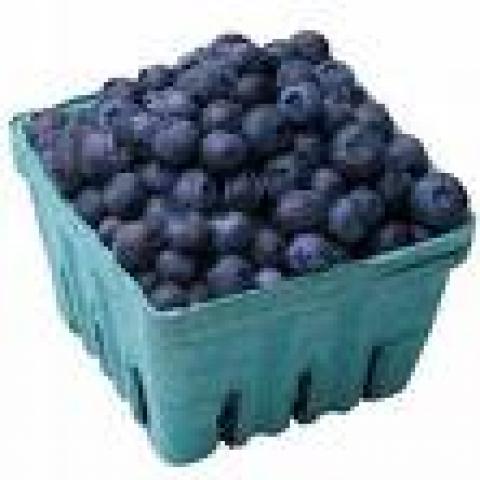 In the first human study of its kind, researchers found that daily consumption of about two cups of blueberry juice improved the memory of older adults already diagnosed with mild cognitive impairment.

Such people are at increased risk of developing outright dementia, and the study authors note that the mildly impaired stage “may represent the final point at which intervention can be effective.”

The trial lasted three months and compared the results of memory tests performed immediately before and after the introduction of daily blueberry juice.  Although it was a very small study, with nine men and women averaging 76 years of age, the memory improvements were strong enough to achieve statistical significance. The trial group also performed statistically better than a similar group receiving a juice-flavored placebo beverage.

The exact amount of juice taken was based on subjects’ weight and ranged from just below to just above two cups (500 ml). This amount of juice requires one-and-a-half pounds of blueberries to produce, and it was evenly divided into portions taken at breakfast, lunch, and dinner by the trial subjects.

Importantly, the berry juice was verified to contain high levels of anthocyanins, known to be strong anti-oxidants and naturally present in whole blueberries. Anthocyanins may also have insulin-like properties “that contribute to improved metabolic function and lipid-lowering effects,” according to the researchers.

Previous studies have associated consumption of fruits and vegetables with better cognitive performance in the elderly, and studies with blueberry juice demonstrated enhanced memory and motor performance in aged animals. The current study was prompted by these earlier reports and yields results consistent with them.

There were also non-significant but notable trends in reduced depressive symptoms – though none of the study subjects were clinically depressed – and lower blood sugar levels, also thought to be a good thing.

“On balance,” say the researchers, “this initial study establishes a basis for further human research of blueberry supplementation as a preventative intervention with respect to cognitive aging.”

The researchers were led by Dr. Robert Krikorian and colleagues of the University of Cincinnati Academic Health Center, Cincinnati, OH, as well as scientists at Tufts University in Boston, MA and the Canadian Department of Agriculture.  The study will appear in the Journal of Agricultural and Food Chemistry, a bi-weekly journal of the American Chemical Society.

Leo Kretzner is a molecular biologist and science writer living in Claremont, CA.