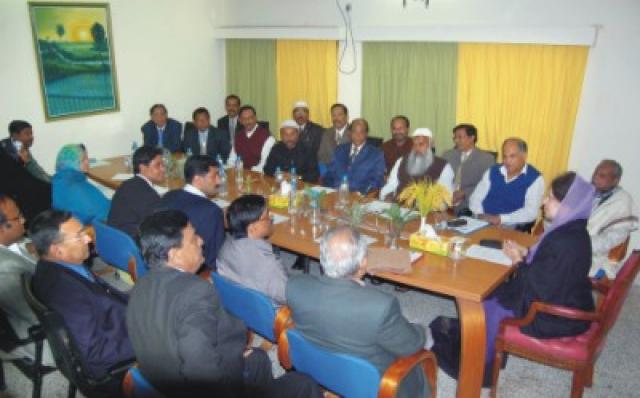 BNP lawmakers-elect last night in a meeting decided to take oath and join the first session of the parliament.

However, party sources said the BNP lawmakers-elect might attend the first day’s proceedings of the ninth parliament.

"We shall join the first session of the parliament for the sake of democracy, the country’s interest, and to continue the democratic process," Salahuddin Quader Chowdhury, a senior party leader and an MP-elect, told reporters after a two-hour meeting of the BNP’s parliamentary party.

Referring to Prime Minister Sheikh Hasina’s proposal for appointing the deputy speaker of the house from the opposition, Salahuddin said they will consider it, if they get a formal offer.

BNP Chairperson Khaleda Zia presided over the meeting in her Gulshan office, where all MPs-elect of the party were present.

Salahuddin Quader Chowdhury also said the government must create the necessary environment for the opposition’s proper role in the parliament.

"We hope that our Prime Minister Sheikh Hasina will continue to express the same kind of tolerance that she did in her post-election media conference," he said.

The BNP leader also said, "We are pledging that we will do whatever necessary to keep the government accountable to thessss parliament."

Khaleda is scheduled to visit Noakhali-1 constituency tomorrow for an election campaign, since the poll there was not held on December 29.

She will address two election rallies campaigning for Barrister Mahbubuddin Khokon, a BNP nominee in that constituency, where the poll is scheduled to be held on January 12.