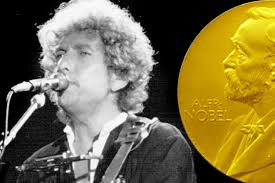 The Swedish Nobel Academy did something it has never done before; it awarded a Nobel Prize in literature to a songwriter/singer. The man that needs no introduction in the world of American folklore songs is Bob Dylan has now become a Nobel laureate.

But the most interesting thing, If not amusing is since the announcement of the Nobel award to Dylan; he has not been reached by the Swedish academy. According to the spokesperson of the academy, the phone calls they have been making have not been answered, neither the messages returned or acknowledged. Dylan has refused to answer phone calls from Nobel Academy and this shows how much he valued the prize. Even on his official website, the earlier acknowledgement of the “winner of the Nobel prize in literature” has been deleted.

“Is Saul also among the prophets?”

Many were asking: Why will a singer be accorded with the award that previously goes to supposedly literary giants?  To those that think that Dylan does not deserve the award, the reality is that Dylan’s musical antecedents and contributions are bigger than Nobel Prize. The man of our time Bob Dylan does not need the Swedish academy to justify his ingenuity and contributions to mankind.

Swedish academy needed to justify its existence by continuous reinventing its scope and judgment. But the historical Bob Dylan needed not to convince any institute or Nobel Academy for that matter of his place in American musical pantheon.