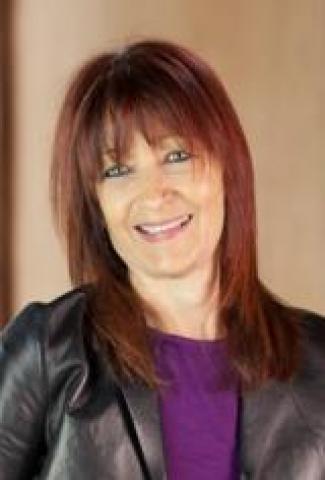 Earlier this month Matt Lauer of NBC’s Today Show sat down with Bobby Brown, R&B Singer-Songwriter and former husband of Witney Houston, for a candid interview to discuss his relationship with Houston, her death and what really went on within their marriage.
When asked about how he felt about the comments and criticism that he was the bad influence that led to Houston’s battle with drug addiction Brown responded in a way that echos what many other celebrities voice about what its like to live "inside the bubble" of public assumption and innuendo.
"It makes me feel terrible. But you know, I know differently. I think if anyone ever knew us, if anybody ever spent time around us instead of time looking’ through the bubble, they would know how we felt about each other." Brown told Matt Lauer.

His daughter Landon went on to say "I feel like my father’s always had the bad-boy image. So, you know, they (the media and the public) just keep following’ that, you know? Anything that they can take a negative from the situation, they blow it out of proportion and blame him."
His other daughter La’Princia summed up the essence of what I found most compelling about the interview, "They don’t see the good part of him that we see every single day. Everyone makes mistakes in life. Everyone goes through their ups and downs. You can’t be judged forever about one event in your life or — just the bad decisions you’ve made. You can’t always be judged just by that."
I know from my own experience how the media can twist and turn fragments of one perspective into "fact" and make that the centerpiece of a person’s state of being. My father, a well-known forensic psychiatrist, was the focus of a media frenzy when he did a stupid thing. He tried to use his influence by trying to bribe a cop to get a girlfriend’s unwelcome relative into trouble with the law.  He was caught and arrested.
I couldn’t believe what I read in the papers including The New York Times.  Accusations and assumptions of my father’s life and character that had no basis in fact became the soundbites that led the news. One report went so far as to claim my father tried to have the man in question murdered.
While I didn’t condone my father’s idiotic and illegal act he didn’t deserve to be portrayed in the public view as someone he most certainly wasn’t.  So I have great empathy and compassion for those who are in a much bigger and brighter spotlight .
Imagine going through a divorce having every little detail of your personal life and finances under public scrutiny. Imagine reading about yourself doing or say things you never did or said. Imagine having every oops moments inflated and picked apart by the shadenfreude hungry public. As Founder of Worthy,Wealthy,And Wise I’ve worked with clients who have felt trapped in their own home because being seen in public invites unwarranted scrutiny.
Its one thing to have the courage and conviction to stand proverbially naked in the truth of who you are. Its quite another to stay grounded while the media is centered in the babblecrap of who they’ exploit you to be to pump up viewer ratings.
Imagine being in the grocery store check out line only to see your photo linked with someone you’ve never met or hardly know in a scandalous affair. If you live in Los Angeles, CA as I do you know its not unheard-of to run into celebrities in the supermarket.
What’s it like to have to engage a PR and legal team just to do damage control when you’ve committed no damage?  And what if you did do something you’re not particularly proud of? How would you like every "talking head" analyzing your motivations without ever bothering to have a conversation with you about the issue?
The pressure to maintain an image in the public eye is enormous. No person lives a ‘perfect’ life. And why would we want to? Our greatest learning opportunities are often the silver lining in our humanity – as in ‘to err is human’. For me – and I hope for you – I’m more interested in championing how a person handles their falls from grace than the mistake itself. How we deal with the moments of our lives is a better measure of our character than the events themselves.
The next time you discover yourself being quick to judge the character of a person based on a media report of bad behavior shift into a perspective that includes compassion. Is the incident an isolated moment of really bad decision making or is it a reflection of how a person generally shows up in his or her daily life. And make sure what you assume are, indeed, indisputable facts. Consider what else could be going on to which you are not privy. Put yourself into that person’s shoes for a moment. How would you like to be treated and measured if you were in the same circumstance?
Know this: Everyone is doing the best they can with the light they have to see. Granted sometimes people are wandering around in the dark without a flashlight. Give them a little light through understanding and compassion as a fellow human being who has also made mistakes. Give that person room to breathe and overcome rather than point the fickle finger of blame and shame.

Filed under: Lifestyle, Opinion
Share Tweet Pin G Plus Email
previous article: From the Tower to the Sun: using the principle of creativity in your life
next article: Mitt Romney Is Gay!