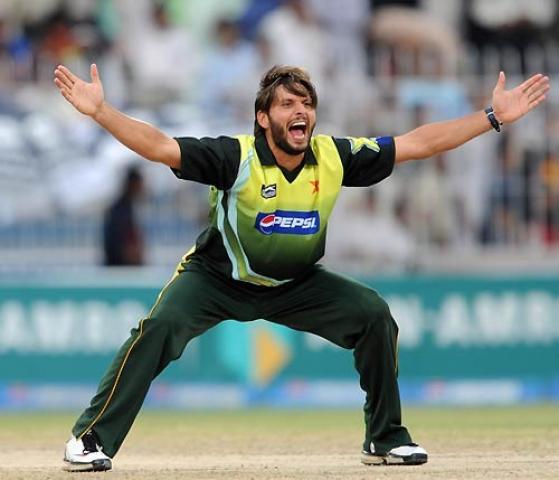 : and were playing the first match of the one day series of CHAPAL cup here at today.

played a historical innings today and Pakistani players having an upper hand from the very beginning of the match.

Aussies showed a weak fielding in the match today and Pakistanis took the advantage of that.

played first and gave a target of 168 runs all out and completed the score at the loss of 6 wickets.

On the other hand, ’s Shahid Afridi played a brilliant innings and dismissed 6 players on 38 runs.

Eventually, Shahid Afridi was the man who destroyed the Australians today and won the hearts of the cricket fans who were already expecting an aggressive cricket from this Pathan of north .

A clean and professional cricket was seen in today by the cricket audience and it was a big crowd.

’s cricket audience was totally isolated after the International Cricket Council (ICC) decision of shifting the world cup matches from due to security concerns in .

This series would help the Pakistani cricket audience to restore their confidence and watch an excellent cricket on a neutral destination.

Filed under: Sports, World
Share Tweet Pin G Plus Email
previous article: Cremation of Trinidad “Trina” Etong
next article: A Hungry concern that should be heard