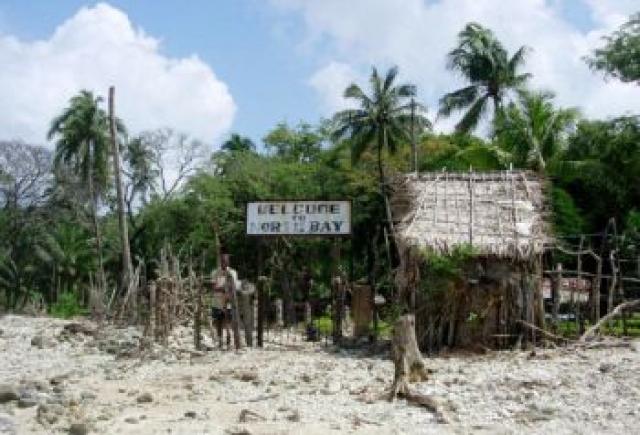 White sands, palm trees, breathtakingly blue waters and coral reefs, the Andaman and Nicobar Islands have got it all.

“Tourism is booming; business hasn’t been this good in a while,” says the manager of a luxury resort on an absolutely perfect day in Port Blair. White sands, palm trees, breathtakingly blue waters and coral reefs, the Andaman and Nicobar Islands have got it all. Tourism in the Indian Ocean islands took a big hit after the tsunami in 2004, but signs are that tourists are once again flocking back to the islands.

Airlines and hotels are looking to cash in. There are about 14 different flight services out of Port Blair, and hotel developers are increasingly turning to the Islands to set up leisure resorts. Industries and the Government suggest that this drive for tourism will ultimately bring economic benefits and accelerate development in the Islands. But the locals aren’t convinced.

“The Islanders are being thrown to the sharks,” says one. Some say that tourism has brought inflation that the Islanders cannot afford, while others wonder whether the Islands’ infrastructure is adequate to cope with the burgeoning traffic from the mainland. Ecologists also say that the development of tourism is being carried out in an unsustainable manner, with adverse effects on the ecological balance of the Islands.

In 2005, the Andamans received only around 30,000 tourists as a result of the tsunami the previous year. Since then, traffic has been rapidly increasing. The Islands now receive around 1,00,000 visitors on average ever year.

There is already a severe shortage of resources in the Islands, and the demands of tourism are likely to constrain them further. Power cuts are frequent, and water and land are scarce. Eighty-six per cent of the land mass is protected forest area, and only around four per cent is available for development. The scarcity of land has resulted in a growing trend of hotel developers purchasing agricultural land from farmers.

The water problem is even worse. Samir Acharya, Society for Andaman and Nicobar Ecology (SANE), says that the current water crisis is the worst ever. “We get water once every five days,” he says. “The ration was curtailed to 20 litres per person per day for nearly a month. Even in worse affected areas in Rajasthan or Gujarat, the scale is 60 to 80 litres per day.”

While the Andaman and Nicobar Islands are famous for their pristine beaches and peaceful lagoons, the government is increasingly trying to promote the Islands as a historical destination.

“Many people are not aware of the historical significance of these Islands,” says V.K. Misra of the Directorate of Information, Publicity and Tourism in Port Blair. “The Islands had a crucial role to play in the freedom struggle.”

Visitors can take a tour of the cells, and a sound and light show, organised in the gardens of the complex on most evenings, is a popular attraction for tourists.

For the not-so-historically-inclined, the Islands offer a range of outdoor adventures. The Government has also been seeking to promote the Islands as an “eco-friendly” destination.

North Bay Island and Jolly Buoy in the Mahatma Gandhi Marine National Park are home to extensive coral reefs. Nature enthusiasts can take a trip on glass-bottomed boats across the reefs — one can even go snorkelling or scuba-diving for an up-close experience of marine life.

Havelock Island, a 50 km ferry-ride from Port Blair, is a favoured destination for its quiet beaches and Scuba-diving opportunities.