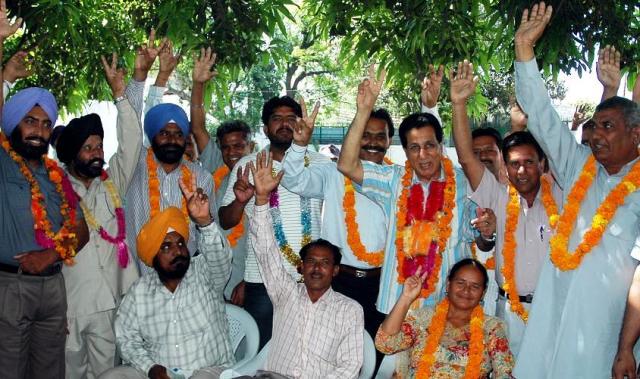 , April 20 (Scoop News) –Minister for Medical Education, Youth Services and Sports,  R.S. Chib today said the Government would acquire land in front of the fencing  along zero line for which the farmers would be given appropriate compensation.

The Minister said this while interacting with a group of newly elected Sarpanches and Panches of R.S. Pura and Bishnah Blocks here.

Chib said the compensation cases of the left out farmers whose land has been acquired for construction of Ditch-cum-Bandh (DCB) by army would also be examined for working out compensation for them.

“The government was keen to devolve powers to the people to make them active partners in local governance”, he said adding the Panchayat elections were accordingly announced on priority. He said the administration is facilitating fair and free polls to ensure that the electorate chooses the candidates of their own choice. He said huge turn out in polls indicates that people have strong faith in democratic ideology and wanted development to be carried out as per their own wishes.

Chib said the Block Samities and Zilla Parishads would be formed soon after the on-going election process concludes and Panhes and Sarpanches will emerge as vital institutions of local governance.

Earlier, the Minister welcomed Sarpanches and Panches to felicitate them on their victory. He urged upon them to serve the people selflessly and strive to come to the expectations of the people who have elected them to power.