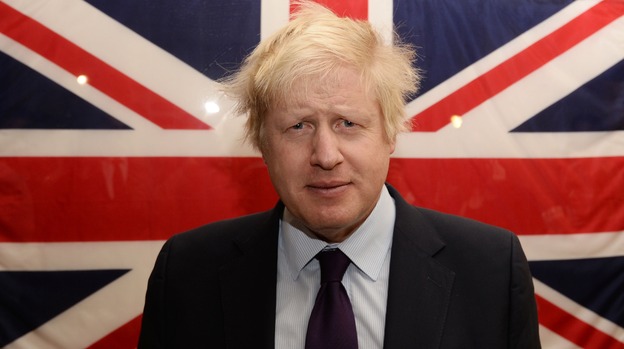 The blond red-faced bombastic rabble rouser is back again on the international news-scene. I am talking about Boris Johnson, the former mayor of London, who aspired to become UK prime minister before he changed his mind.

Boris was appointed the new British foreign minister by the new installed British Prime Minister Theresa May.   Boris Johnson is a controversial conservative Troy politician that never runs away from public eye and has low tolerance for political correctness. Some have even described him as the British Donald Trump.

According to BBC, “Boris Johnson, who has just been appointed as the UK’s new foreign secretary, has said several controversial things about Africa during his time as a journalist. He has defended the history of colonialism, saying that it would be best if African countries were still colonised, and has also used language to describe black people which many consider racist – for which he has apologised. “

Boris Johnson view on Africa is not pleasing to hear as he sounded more like a colonial master posted in African mainland than a supposedly English gentleman. He described Africans as “piccaninnies” and “watermelom smiles”. His words:

“What a relief it must be for Blair to get out of England. It is said that the Queen has come to love the Commonwealth, partly because it supplies her with regular cheering crowds of flag-waving piccaninnies; and one can imagine that Blair, twice victor abroad but enmired at home, is similarly seduced by foreign politeness.”

Johnson continues, “They say he is shortly off to the Congo. No doubt the AK47s will fall silent, and the pangas will stop their hacking of human flesh, and the tribal warriors will all break out in watermelon smiles to see the big white chief touch down in his big white British taxpayer-funded bird. Like Zeus, back there in the Iliad, he has turned his shining eyes away, far over the lands of the Hippemolgoi, the drinkers of mares’ milk. He has forgotten domestic affairs, and here, as it happens, in this modest little country that elected him, hell has broken loose.”

With such a racist utterances – does Boris Johnson have the discipline, intellectual decorum and political savvy to be the flag bearer for British diplomacy in the turbulent global village?

With British departure from European Union, she needs a steady hand and cool-headed diplomat to repair bridges in the continent and extend hand of friendship to rest of the world. But looking back at some of Johnson’s undertakings in the past reveals that he may not be suitable for the job of diplomacy.

Boris Johnson even referred to Obama as “part-Kenyan president” during his campaign against British membership in European Union (EU). Another British politician   Chuka Umunna condemns his remarks as “beyond the pale.”

Writing on The Sun newspaper, Boris Johnson accused Obama of being anti-British and for removing the bust of Winston Churchill from White House when he was elected president in 2008:

“Something mysterious happened when Barack Obama entered the Oval Office in 2009. Something vanished from that room, and no one could quite explain why. It was a bust of Winston Churchill – the great British war time leader. It was a fine goggle-eyed object, done by the brilliant sculptor Jacob Epstein, and it had sat there for almost ten years.

But on day one of the Obama administration it was returned, without ceremony, to the British embassy in Washington. No one was sure whether the President had himself been involved in the decision. Some said it was a snub to Britain. Some said it was a symbol of the part-Kenyan President’s ancestral dislike of the British Empire – of which Churchill had been such a fervent defender.”

The new Prime Minister Theresa May was probably paying back Boris’s goodwill with his latest appointment, for he stayed away from not contesting and running for the post she is currently holding.  But her home work on this appointment was a bit of disappointment especially to the rest of the commonwealth members   that deserve some respect from a high esteemed lady that is presently occupying 10 Downing Street.