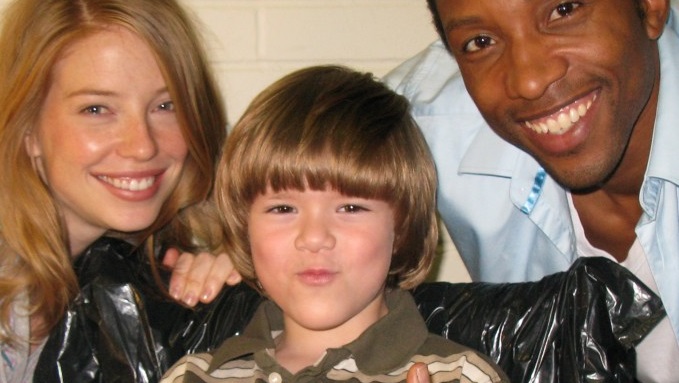 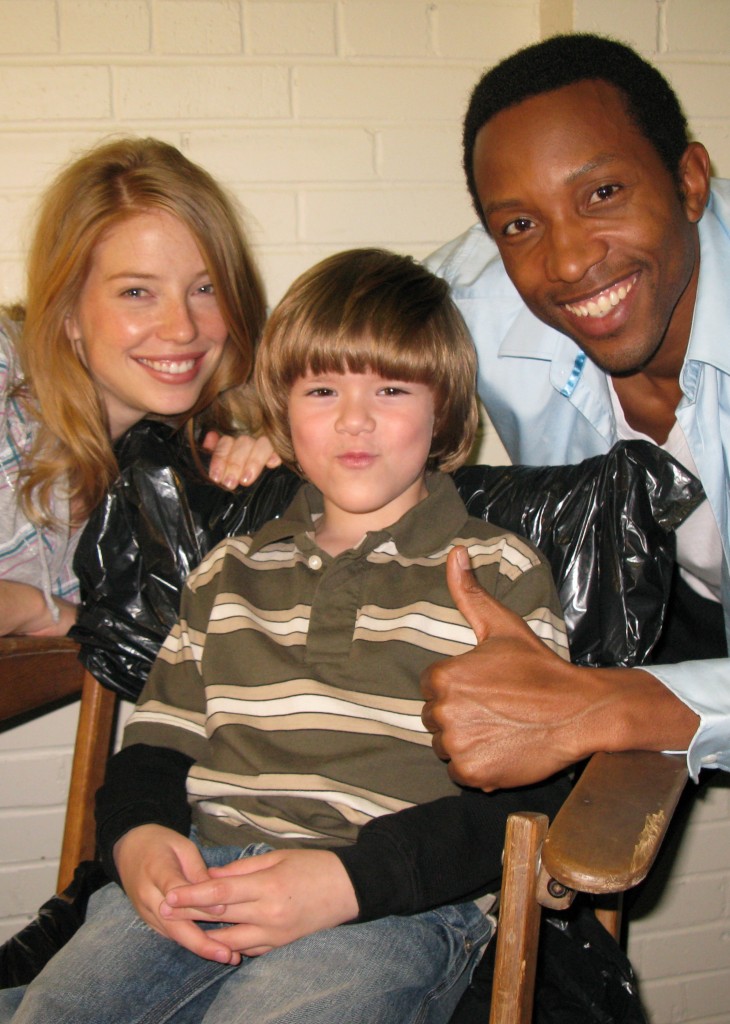 Joanna Douglas (left), Richard Davis and K.C. Collins (right) and on set of “A Family Way”

Richard Davis is a Canadian child star that audiences across Canada and abroad will surely recognize from the plethora of outstanding performances he’s given over the last five years.

At the age of 3, Davis was ‘discovered’ so to speak by Oscar nominated director George Pastic. Whilst in a lighting store with his mother, Davis broke out into an energetic sales pitch about a set of lights; and, although this happened to be a regular way for the young boy to playfully pass the time while his mother shopped, this impromptu performance would soon change his life.

“I was always curious. I wanted to learn about everything around me… I would ask about the products in the store and how everything, ‘operated.’ After I learned about the products, I would proceed to play a ‘salesperson’ while my mom shopped. My mom would often apologize to the customers for me bothering them, but everyone seemed quite happy,” recalls Davis.

“Well, one day, I happened to try and sell lights in a lighting store to a gentleman, who turned out to be George Pastic… Not only did George take me under his wing, but he became my mentor and friend, along with his wife Eleanor.”

Soon after, Davis began landing roles in major commercials for brands and products including Hasbro’s Play-doh Burger Builder, McDonald’s, Sears, KFC, Make-A-Wish Foundation, Sprout TV and others. While his cuteness and rare level of maturity made him the perfect child actor for commercials, his capacity as a performer extended far beyond simply being the face of national ad campaigns.

At the age of 5 Davis landed the recurring role of Claire’s Son on HBO Canada’s quirky comedy series Good Dog, where he starred alongside Primetime Emmy nominee Ken Finkleman (The Newsroom). Good Dog follows the hilarious shenanigans that result from Finkleman’s character George’s decision to have his young girlfriend Claire (Lauren Lee Smith) move in with him. Claire moves in, but George gets more than he bargains for when she brings her son (Richard Davis), daughter (Marley Roos), their housekeeper Erica (Ieva Lucas), and pet Rottweiler along with her, turning his bachelor pad into a mad house.

“George was often in the dog house. That’s why the show was called, ‘Good Dog.’ There was a lot of adult comedy in the show, so my parents had to cover my eyes on a few occasions while we were watching the series, but I found it funny… It’s funny to see that the show is still being aired in reruns as I am so much older from when I filmed it,” admits Davis.

Davis has displayed his knack for comedic roles on multiple occasions, but it’s his ability to get deep into the heart of the more dramatic characters he takes on that has garnered him major international recognition. In the 2013 coming of age film The Comeback Kid, Davis gave a knockout performance as Boniface Domingo Brantley, which earned him his first Young Artist Award nomination. A story of friendship, growth and loss, The Comeback Kid follows Davis’ character, a shy young boy who is forced to come out of his shell and say farewell to his only friend, an imaginary luchador named M, when his parents decide to get a divorce.

Conveying the difficult transition a child faces when he or she is forced to grow up when they’re not ready, Davis’ honest and soulful performance powerfully drives the film’s story in a way that audiences of any age will find relatable.

With some of his other credits to date including the films To Look Away, Amalgamations, Brothers, Time Capsule, Red Cloud’s War and the series Murdoch Mysteries, Lost Girl, The Ron James Show and Kid’s Town, Davis, who is now 11-years-old, has established a reputation for himself as an astonishingly talented performer who can inhabit any role with ease.