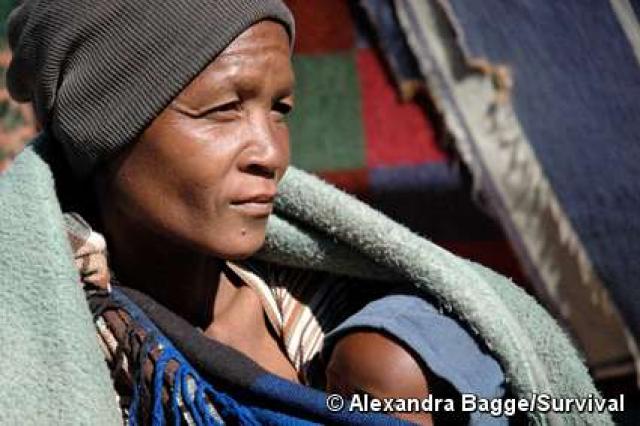 The Bushmen of the Central Kalahari Game Reserve have appealed to Prince William ahead of his visit to Botswana this month.

In a letter to the prince, the Bushmen’s organization, First People of the Kalahari, said:

‘Last week, police and soldiers came to our lands with guns and forced some of our brothers and sisters out of their homes in the Central Kalahari Game Reserve. This brings back terrible memories of when the soldiers forced our people from their homes in 2002.

’It has been over three years since we won our court case against the government. The court told us that the government had acted illegally in moving us from our land, and that we have the right to return home. But we fear it is starting to happen again.’

In 2006 Botswana’s High Court ruled that the government had acted unconstitutionally when it evicted the Bushmen and said they had the right to return to the reserve. Hundreds of Bushmen have since gone back home.

However, last week, army trucks with armed police and soldiers entered the reserve, which Survival believes was to intimidate the Bushmen off their land.

On 9th June, the Botswana High Court is due to hear a Bushman application to gain access to a borehole which they rely on for water in the reserve. The government has banned the Bushmen from accessing the borehole, forcing them to make up to 480 km round trip journeys to fetch water and leaving them to face what the UN’s top official on indigenous peoples has described as ‘harsh and dangerous conditions’.

The Bushmen have urged the prince to help them, saying, ‘Please help us. Your godfather [Laurens van der Post] was a friend to us so we know that you are a kind man. Some many years ago he took two Bushmen to meet the Prince of Wales in Scotland – they always remember this meeting. He made our story known to millions of people around the world, and would be very sad to know how we are being treated today.

G//ama, the creator, made us the Bushmen and he made the animals for us. The CKGR is our place – it is where we hunt, where we dance and where we talk with the spirits of the ancestors. Our lives and those of our children and grandchildren are rooted in this land.

We are crying and ask for your help. We know that if you speak up for us, people will listen to you.’

Filed under: Politics, World
Share Tweet Pin G Plus Email
previous article: Accountability a Must for Transparancy in Pakistan
next article: Brain Injuries Remain Undiagnosed in Thousands of Soldiers