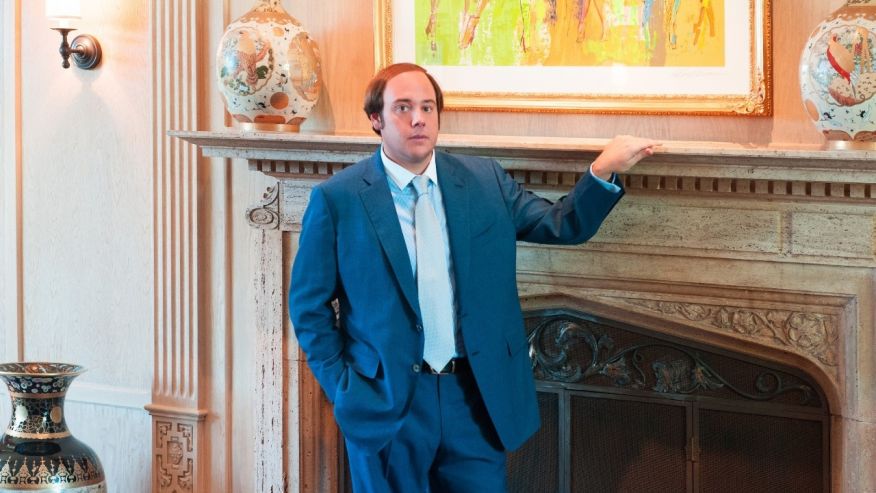 If you haven’t been paying close attention to pop culture news, you might not be aware of the most recent real estate transaction to gain attention. Daren Metropoulos, 32, recently bought the Playboy Mansion for $100 million, half of the asking price. Now, it seems, everyone is asking, “Who is Daren Metropoulos?” Though quite mysterious, here is what we do know. He is the son of Greek American billionaire and private equity tycoon C. Dean Metropoulos, Metropoulos & Co., and Marianne Metropoulos, and co-owner of Hostess Brands.

Daren Metropoulos grew up in Greenwich, Connecticut but very little is known about his childhood.  He studied business at the University of Connecticut before joining his father Dean and brother Evan in acquiring, transforming, and enhancing the value of iconic American companies, brands, and assets.

Through this experience, Daren has developed a particular expertise in developing and executing innovative sales and marketing strategies designed to connect brands with modern audiences and regain relevance. Over the years, Metropoulos & Co. has purchased Bumble Bee Foods, Ghirardelli, Pabst Blue Ribbon, and Hostess, to name a few, and turned them into profitable companies before selling them.  Daren played pivotal roles in each of these acquisitions.  For example, he oversaw the dramatic transformation of the Castle on the Hudson, the 19th-century Norman-style castle overlooking the Hudson River in New York, into a world-class hotel.  In addition to spearheading the historic property’s restoration, Daren established a new destination resort – opening a five-star restaurant, adding a range of high-end amenity offerings and positioning the property as a premier space for weddings and corporate events.

A Love of History and Architecture

Daren’s keen interest in preserving and enhancing the value of iconic assets expands to his personal life as well. In 2009, he purchased the Holmby Hills estate, the sister house to the Playboy Mansion. Since 1927, Holmby Hills has stood as the crown jewel in the exclusive community steeped in Hollywood history.  With an interest in history and architecture, Daren has engaged in significant restoration, making substantial improvements to the property’s formal gardens and expansive grounds.

His future intention for the Playboy Mansion is to reconnect it with his own Holmby Hills Estate to return it to the 7.3-acre compound that was the original vision of architect Arthur R. Kelly and its first owner, Arthur Letts, Jr., the department store heir whose father conceived and developed Holmby Hills when it was the Wolfskill Ranch.

Daren looks forward to the opportunity to bring his passion and attention to detail to ultimately restore the grandeur of a historic property that has been recognized for its craftsmanship, architectural splendor, and magnificent detail.   When the deal was announced, Daren told the Wall Street Journal, “The heritage of this property transcends its celebrity, and to have the opportunity to serve as its steward would be a true privilege.”