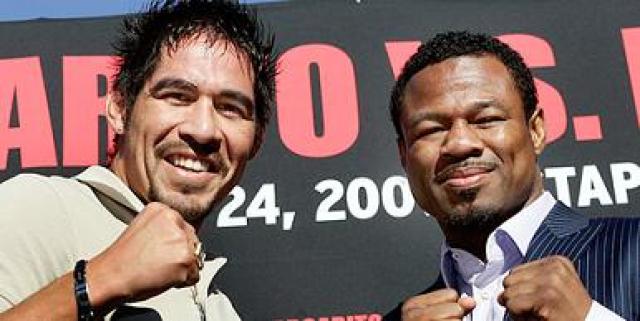 The boxing license of popular Mexican boxer Antonio Margarito has been suspended by the California State Athletic Commission (CSAC) after the discovery of a ‘substance’ that was placed inside the gloves of Margarito barely 30 minutes before his fight with Shane Mosley.

The action of CSAC was announced today even as the investigation on the incident is still in progress. The suspension could be preventive in nature which also included the suspension of Margarito’s trainer and corner man, Javier Capetillo, Yahoo news reports.

The substance was bagged as evidence before the bout Saturday at Staples Center and was being analyzed by the California Department of Justice, the commission said. The panel was still investigating whether any rules were violated, the report added.

In the same report Commission Chairman Tim Noonan said the investigation stems from a commission rule that limits the amount and type of gauze and tape allowed under the fighter’s glove. He said the commission has authority to discipline athletes when their actions are a ‘discredit to boxing’. Reprimands could include fines, suspension or revocation of licenses.

Margarito lost to Shane Mosley in a bloody fight last Saturday at the Staples Center in Los Angeles, California.

The commission did not say how long the investigation would last.

Filed under: Business, Sports
Share Tweet Pin G Plus Email
previous article: What will President Obama do with US$819 billion?
next article: Thousands of Filipinos Deported and Suffer in Malaysian Jails