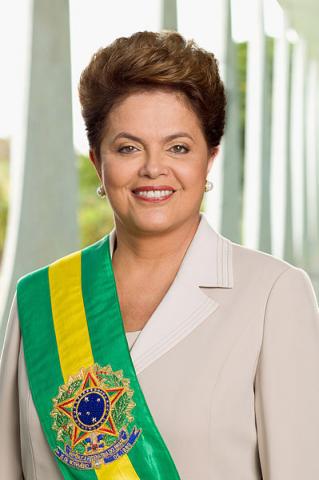 “DON’T GET CAUGHT” GUIDE
What is quite interesting is that they all followed the same pattern (note: all but Nelson Jobim for the reason above mentioned), just as if there was some kind of guidelines book in every government ministers’ desk drawers in Brazil, a “Ministers in Trouble Guidelines for Dummies”:
1. Refuse to comment the claims when asked by the media;
2. Deny any involvement if the journalists insist on the case;
3. Tell everyone you won’t resign anyway and that you have the full support of the President, even though the President has not said anything yet (it’s your chance to force the President to support you publically – that could save your head from the chop!);
4. Tell everyone that you have more important thing to do for the Nation and for the People of Brazil than answer obviously politically motivated trap questions;
5. If nobody believes you and more arguments or proofs come to light about the case, ignore the media frenzy and don’t speak to the media;
6. Face the Boss. Meet with the President and explain what you actually did (you know the President will need some very convincing arguments to believe you);
7. If the President doesn’t believe you, or thinks that the government’s reputation is at stake, you will have no choice but resign.
8. When announcing your resignation from government, play the victim, look sad and miserable. Tell the journalists that you have nothing to worry about and that you only resign to clear your name. Don’t forget to insist again and again that the allegations are obviously politically motivated.
9. Don’t worry, in a couple of months people will have forgotten about your case. You will then be able to resurface into politics…
.
CORRUPTION: A CANCER TO SOCIETY
Brazil’s corrupted politicians should either be more subtle and careful to hide their awful deeds, so that journalists can’t figure out what they have done and humiliate them when the cases become public knowledge, or… simply not accept any kind of bribes or either get involved in any sort of corruption or money laundry story.
The second option is obviously more difficult for power and money, it seems, are the fuel of Brasilia’s politics, whatever political party is in power or in the opposition. (note: Brasilia is the federal capital of Brazil and the seat of all three branches of the Brazilian government)
Brazil’s reputation as a country that cannot control corruption is tarnishing everything else the country has to offer. In Brazil and elsewhere in the world, politicians are the decision-makers, the brains of a country. They ought to lead by example. They get involved in dirty tricks instead.
Corruption is a cancer to society, and when the brains get infected, it’s the whole society that suffers and it endangers democracy.
.

THE NEW FOCUS ON TWITTER AND FREE-SPEECH BAN
When one thinks that the Brazilian government would really focus on fighting efficiently against corruption within the cabinet, the National congress and the whole of the political elite, it actually focuses on ridiculous, and potentially dangerous, matters.
Example: it was announced this week by Carlos Eduardo Rodrigues Alves, a spokesman for the Brazilian federal prosecutor’s office, through O Globo Newspaper that an injunction request was filed last Monday by the Brazilian government to stop Twitter users from alerting drivers of police operations on the roads, such as speed traps or drunk-driving checkpoints. The government claims that Twitter users compromise the efforts made by the authorities to reduce traffic accidents, drink-driving, and the transportation of drugs and weapons. The spokesman added that a judge was expected to announce within days whether the order will be ordered against Twitter users (anyone who would violate the injunction could receive a 500,000 Brazilian Reais fine, i.e. about £185,000).
Thus, Brazil would become the first country in the world to censor Tweets on the internet! This facility means that Brazil would be the first country in the world to silence its people on a social network, sparking alarm among free-speech activists who fear the government could use it to silence any kind of opposition.
If corruption is a cancer to society, censorship is a man-made virus that despots and other dictators have used, and still use, to rule and oppress their people. ANY kind of censorship endangers democracy!
Sources:
– Wikipedia.
– O Globo Newspaper.
– BBC News.
– Wall Street Journal.