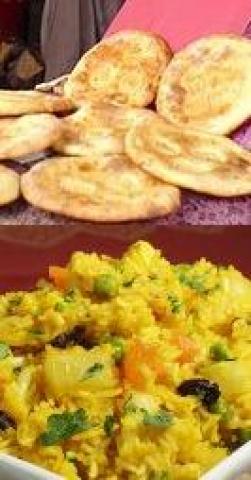 Today, lunch was without bread for most of those people in Peshawar who have to eat out. The reason was because the ‘Tandooris’ (bread-bakers) were on strike, following the refusal of the government to heed their demand of raising the price of bread.

As I entered the restaurant, where I usually take lunch, I was told by the manager that nothing was left to be served. In fact, only rice dishes had been cooked since the Tandooris had announced early in the morning to go on strike because the government had not allowed them to raise the price of bread despite their reminders that costs of everything had gone up and prices of bread need to go up too. Currently, a small ‘naan’ (cooked piece of bread) sells at Rs. 5 and a larger one for Rs. 10 at the tandoors.

I had to take rice at another restaurant, which specializes in the popular rice dish ‘Biryani’. Quite the contrary happened at dinner when I went to the Friends Restaurant, specializing in both Afghani rice and fried meat. I asked for plain rice and learnt that none was there to serve because people had already finished whatever was available. Maybe, customers thought that there was no hope for tandoors to serve at dinner too.

However, some personally owned tandoors, not bound to the local bread-bakers association, served fresh, hot nans and we had an ‘unexpectedly full’ dinner.