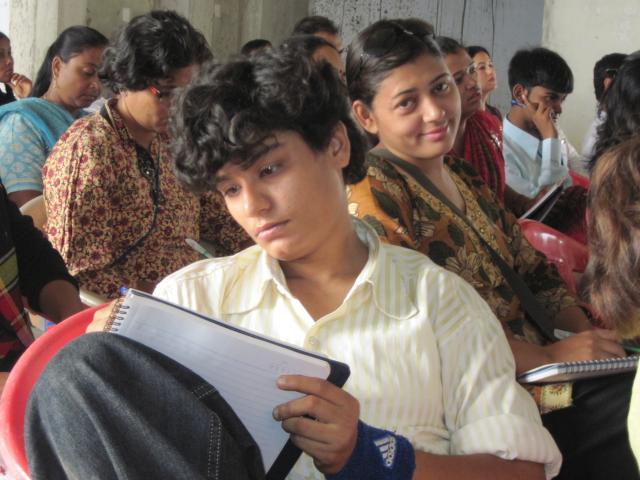 Under the Indian Constitution, all citizens have been guaranteed ‘equality before the law’. Article 15 prohibits discrimination “on grounds of religion, race, caste, sex or place of birth;” and Article 21, guarantees “protection of life and personal liberty”.

To ensure these rights, in July’2009, the supreme court of India annulled Article 377 of the same Constitution that criminalized homosexuality and therefore, violated these three rights.

Christy Raj of Bangalore, was 22 when the verdict came, fighting a case in which the city police had falsely implicated him.

It wasn’t his first brush with violence though. A female to male transgender, Christy was forced out of his home, beaten, bruised and left on the highway, to be crushed to death by  speeding vehicles, by her own family six years back, when he was 17.The reason: Christy has just confessed to her people that he was a man trapped in a woman’s body and that he wanted to be complete by undergoing a sex change.

‘I confessed because I thought if anyone could be taken into confidence and could be counted on to help me, it would be my family, the one  I was born into’, he says with a  wry smile. ‘Instead, I was beaten like an animal.’

Christy, however, didn’t get run over. Instead he was found, of course unconscious and bleeding, by a Hijra who was human enough to take into her house this strange who, for her, was just another human being.

Once his consciousness returned, Christy was full of pain – both mental and physical –  and fear, shame. Topping the list was insecurity. ‘My mom was living off begging and sex work. Together we lived at a bus station. Finding enough food to survive another day was my daily battle.’

The battle was won when Sangama, a Bangalore-based NGO that works to protect gay and lesbian rights saw Christy and provided her a job.  The job took care of Christy’s food and lodging, but didn’t end his personal sufferings. As an activist, now he faced several other problems – police detention, arrest, goonda/criminal gang violence, false cases, the list is almost endless. ‘The police acts against me because I protest against their brutal treatment of Hijras and other transgenders’, he says.

Christy’s courage however didn’t go unnoticed. In January’ 10,  when Sangama director M Elavathy learnt of  Video Volunteers was launching a community based news service, he put forward Christy’s name for a community correspondent’s .

‘I had very little clue about the program and what would it get me. I already had a job and to be honest, all I wanted to do was to be left alone with my job, so I could live on. Ambitions, moving ahead etc seemed too big of words to me’, he gets candid.

Things however changed in a few minutes once Christy opened the online application form for IndiaUnheard. In that form, under the ‘sex’, there were 3 distinct columns – male, female and ‘other’.

‘I never got to vote. I have no ration card and no photo identity. Because I am neither male or female. Official forms here do not have a clause for ‘other’ gender. I don’t get to apply for anything. And so, I don’t get anything., says Christy, before adding, ‘ I, we,  simply don’t exist. Now, suddenly I saw there was a recognition of my existence. I had no doubts, this is what I should go for.’

However, his past experience of injustice had left such deep mark in the young man’s mind, he had several bouts of hesitation every now and then. Even when he was to attend the training for the program, Christy was worried of the unfriendly treatment he might get from the fellow trainee correspondents.

It was a huge surprise therefore when Christy found overwhelming acceptance at the training.  He recalls, ‘I was always made fun of as a transgender. Now, I was viewed as a correspondent with very special background and special stories – something that nobody else knew of. I was so surprised, I wanted to cry!’

Post training, since 3rd May, 10 World Press Freedom Day, Christy has started working as a Community correspondent, filing reports on the transgender community and their unheard issues. With that, an invisible community has got a voice and India, it’s first ever transgender journalist.